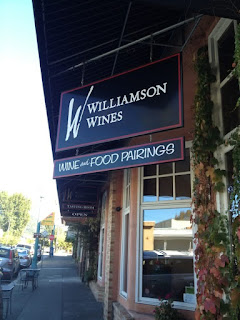 As Richard, brother Bob and sister-in-law Nguyen and I wined and dined during our Sonoma County "road trip," we came across a gem of a tasting room in the charming town of Healdsburg. 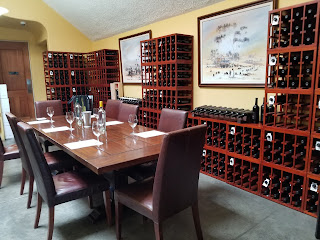 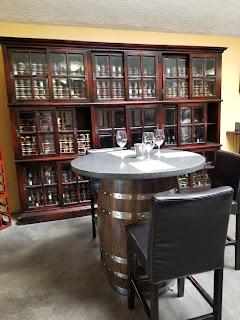 Owner Bill Williamson, a farmer and winemaker, is also a software entrepreneur who designed the software that runs his business.  Did I mention he also wrote a book?  "Way Beyond Wine - The Williamson Wine Story."  Born in Australia, Bill developed a successful software company there and it was at his company that he met his wife, Dawn.  They immigrated to San Francisco where Bill started yet another software company.  Eventually, he sold that business and he and Dawn moved to Dry Creek... the rest is Williamson wine history.

When our little group entered the tasting room, we had no idea what to expect, folks were sitting at various tables in a collection of rooms... 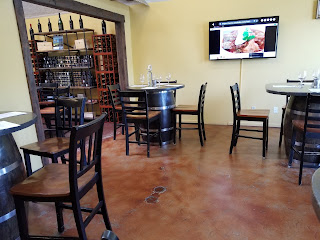 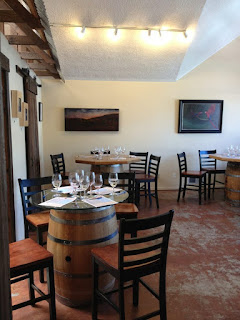 ...with a barista, sipping wines and munching on little snacks.  Hmmmm.  Food.  What's that all about?  We were soon to fine out.

A young man, who introduced himself as Sam Williamson (the son of Bill), escorted us to a table for four and told us that the tasting/pairing would be complimentary.  So that was what that food was all about.

We checked out the tasting menu... 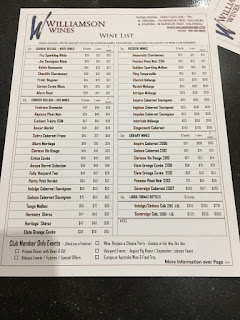 ... as he explained that with each taste we would be getting a small bite pairing created and made by his mom (Dawn) specifically for each wine.  As you can see, each small bite was placed on a piece of cheese which served as its cracker.  I was in cheese-pairing heaven. 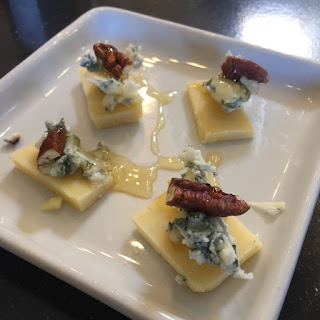 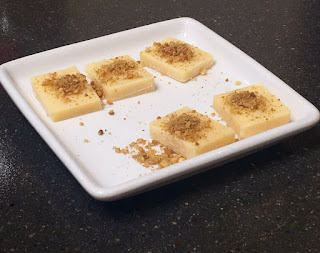 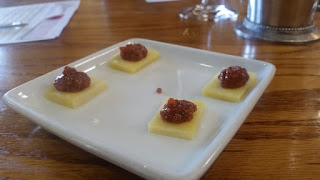 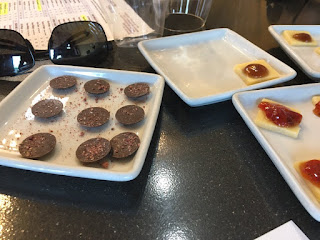 While our bites were being prepared, Sam started us off with Bliss Sparkling Shiraz that just whetted our palate.  I could start a tasting that way every time.

Next was Frolic Viognier.  Viognier has become a favorite white wine of mine, having more body than a sauvignon blanc, but not as oak-y as a chardonnary.  Frolic frolic-ed happily in my mouth.

The Joy Sauvignon Blanc followed.  I'm not a sauvignon blanc fan normally, but this was a crisp, refreshing mouthful.

Elate Grange Cuvee recommended to be paired with bacon/pork/turkey earned three stars (out of four) from me, as did the Enchant Trinity GSM, great with lamb or pork.

Folly Melange is a Bordeaux blend (hence "melange") that goes with everything from meat to duck, pizza to chocolate.  Loved the hint of blueberry and spice.

If you enjoy a good cab, Impulse Cabernet is a must. A Bordeaux/Merlot blend with rich tannins, described by the winemaker as a "Left Bank" wine.  I describe it as quite good. 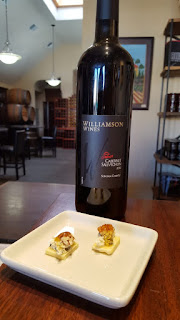 My four star pick has to be Ravish Melange with its classic French "nose" of a Bordeaux with hints of spice, coffee and chocolate.  Rich in color, it's a lush red wine.  My favorite wine of the day.

We ended the tasting as we began with a sparkling wine...  this time the sparkling was a Malbec... and a worthy finish to a sparkling day. 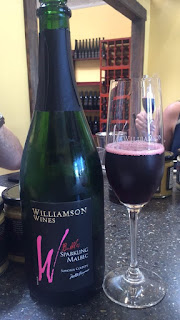