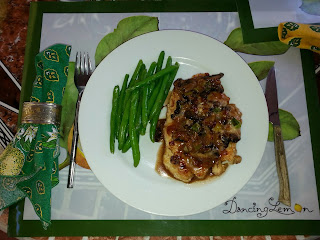 LOMBARDY
It's a Tree.  It's a NY Hotel.  It's a Region in Italy...
It's a Chicken Dish
And it's a great chicken dish.
Y'all know I love chicken.  The number of blogs I've written on chicken rival my blog output on cheeseburgers, but when Richard made this dish for me the other night, the first thing I said after my first bite was: "I have to blog about this."  The second thing I said after my second bite: "You can make this for company." 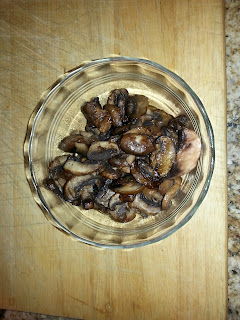 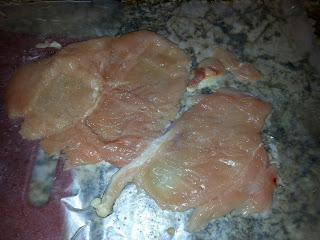 Dredge each chicken in flour and brown each side over medium heat until golden, about 3-4 minutes in butter. 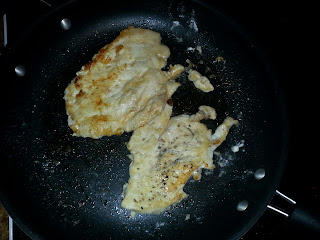 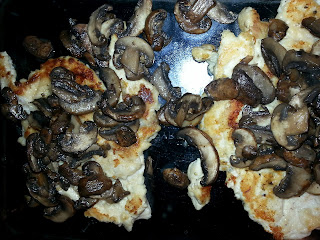 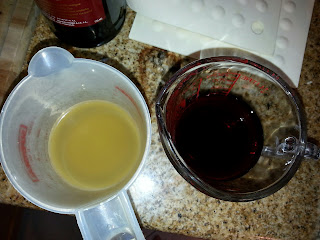 Bring to a boil and simmer, uncovered, 8 minutes.

Stir in salt and pepper.  Pour sauce evening over chicken. 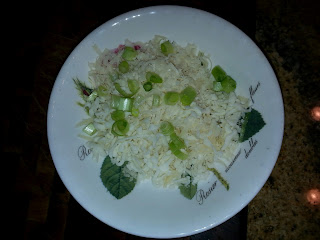 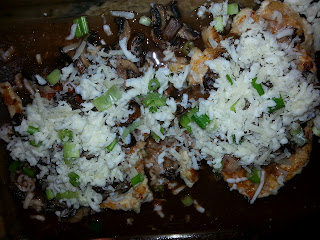 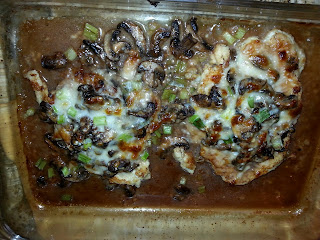 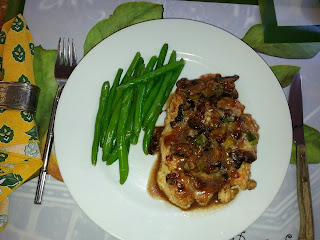 RABALAIS BISTRO - A Bit of New Orleans In Rural California 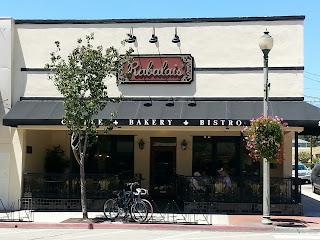 RABALAIS BISTRO
A Bit of New Orleans in Rural California

Since moving to the picturesque Ojai Valley littered with citrus groves and lavender fields, I'm continually amazed at the quality of food I find in a town that boasts a population under 8,000 (well, if you count all the people who actually live in neighboring Valley towns, the population swells to 8,007).  It's a farm-to-table mecca of fresh produce and restaurants that support the Alice Waters/Chez Panisse theory that fine dining means farm fresh, seasonal ingredients whether the menu be Italian, French, Mexican or California cuisine.

Recently, after a twenty minute drive up the mountain, through Upper Ojai, past farms and cattle ranches to the quaint town of Santa Paula, I discovered Rabalais, a New Orleans-style coffee, bakery, bistro...Yes, in Santa Paula! A tiny town often neglected by foodies or anyone not living in Santa Paula.

I first discovered Santa Paula because of its playhouse.  A terrific theater that produces first class productions of plays by such playwrights as Sam Shepherd's "Fool For Love" and Ingmar Bergman's "Nora," based on Henry Ibsen's "A Doll House."  Who would have thunk it?!

Shortly after that, I heard about this terrific bistro in town that made "the best New Orleans style beignets."  OK, that alone made me want to drop by, and once there and I found a menu with all sorts of wonderful southern, French Cajun delights, including those warm, homemade beignets. Of course, I indulged!

Owned and managed by Tracy Lippert, a transplant from Louisiana, her bistro's fare is inspired by her grandmother Anesia Lois Rabalais' timeless, homemade recipes. Anesia, one of many children, came from a little French settlement called Bayou Juane in southern Louisiana and Rabalais Bistro is a tribute to her cooking legacy, a woman Tracy remembers as someone "with strength of character and a servant's heart."

The restaurant has seating on its front patio. 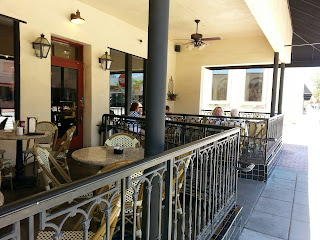 The inside is a large open space with dark woods, bistro chairs and tables... 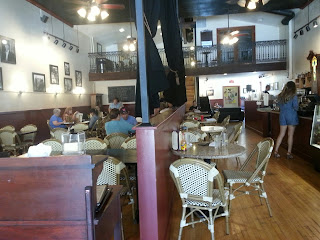 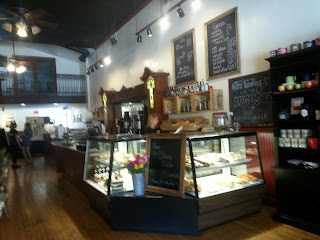 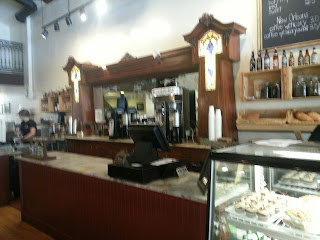 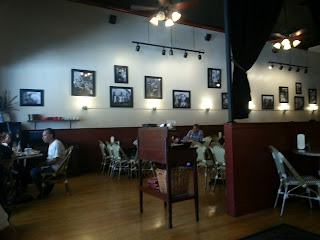 ... and a lounge area in the back of the restaurant to sip coffee or check your phone or thumb through a magazine while you wait for a table. 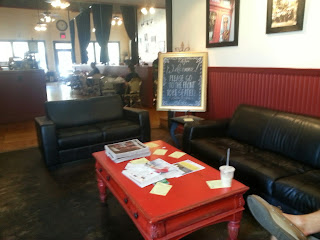 Brunch (and lunch) was being served the last time Richard and I were there.  And, after changing our minds thousand times, he settled for shrimp and grits (well, he is from a southern family) that made him think of his mom's cooking. 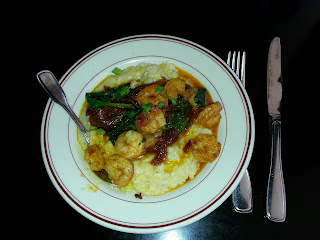 I had the BLT salad with farm-to-table greens, fried green tomatoes (my new favorite thing) and shaved parm.  Delicious! 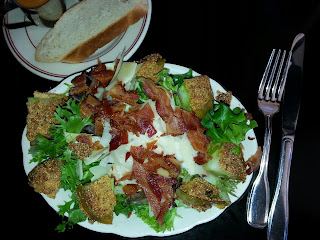 And for those who just want to have fresh drip, rich coffee and something from the bakery, take a seat on the "bakery" side of the bistro and order from the selection of  fresh homemade pastries, pies, cakes, cookies, breads and beignets (to order)...Laissez les bontemps rouler!