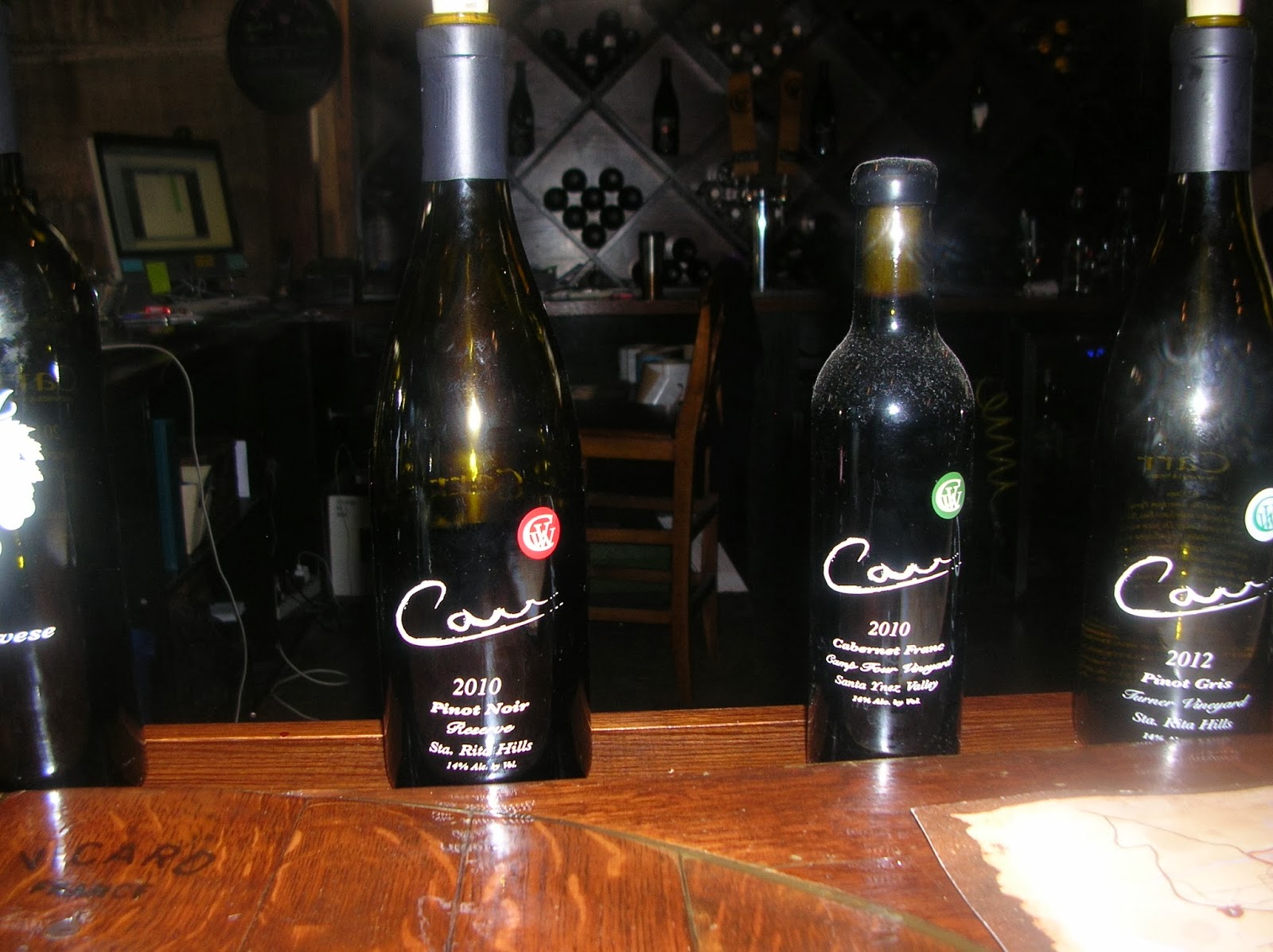 It's been a few years since I reviewed the Carr Winery on the Urban Wine Trail...


My brother Bob and sister-in-law, Nguyen, were visiting us in Ojai for a couple of days and had never been - so it was time to introduce them to the "Trail"... Santa Barbara's "Sideways" tour of up and coming wineries.  First stop, the tasting room in the Carr Winery.

When we arrived, we discovered owner/farmer/vintner, Ryan Carr, and his wife, Jessica (general manager/sales), in the middle of a crush... 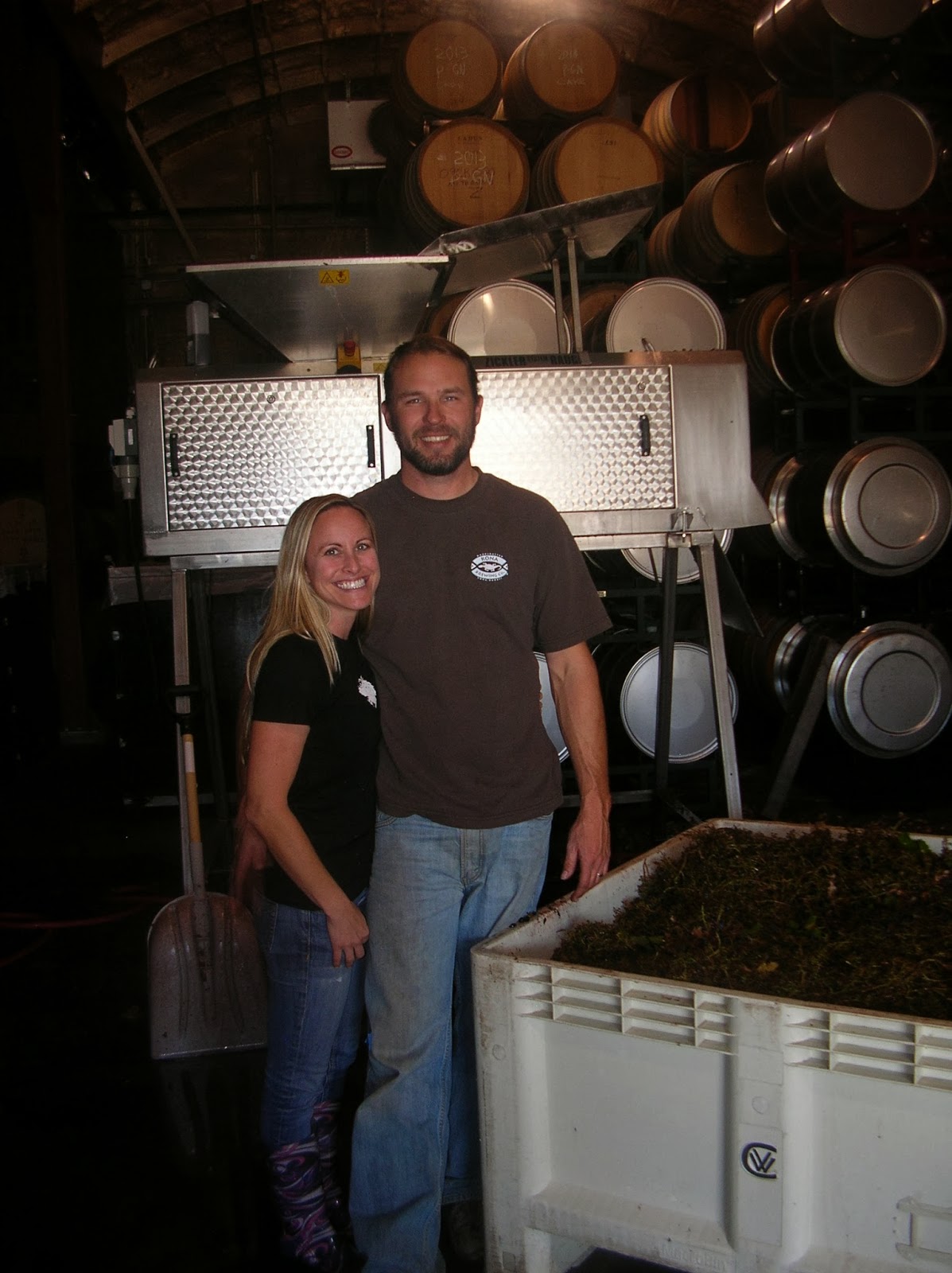 Tons (literally) of grapes from his vineyard had been delivered, ready to be crushed (the technical term for "smashed") for their juice... the first stage of wine making (well, after growing the grapes, that is). 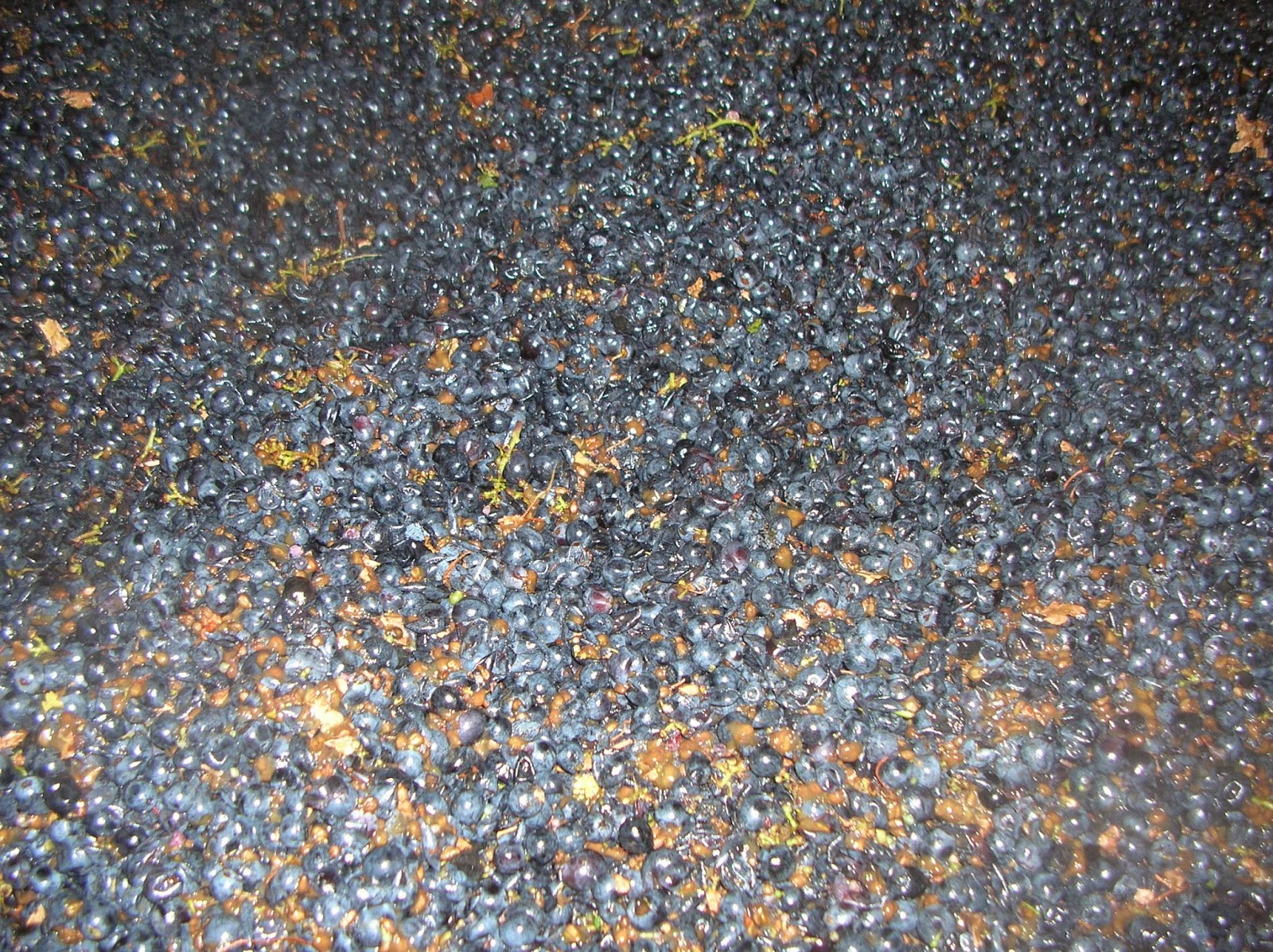 I could only think of one thing upon seeing those huge vats filled with grapes:

Cue Lucy and Ethel!!!  Visions of them stomping around in those big wooden barrels in gypsy costumes in their bare feet wouldn't leave my head. 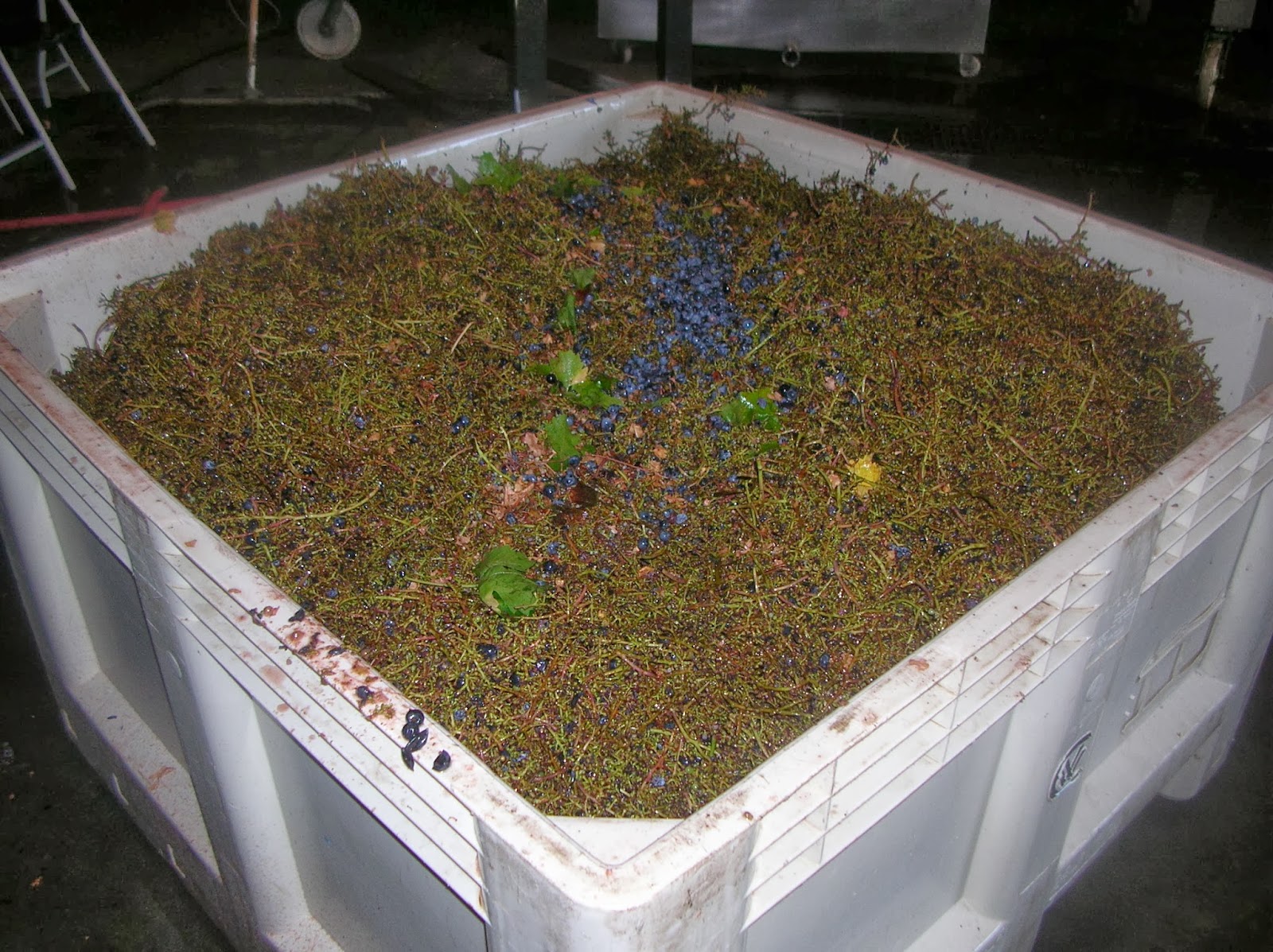 As they continued to prance and stomp on my mind's internal TV screen, I sipped some of the delicious Carr label grenache and cab franc, as well as the Harvest Gold label chardonnay and a viognier.  But, I was so lost in my Lucy and Ethel reverie, I forgot to take notes!

Alas, because of modern technology, I didn't get to enjoy what would've been the hilarious sight of Ryan and Jessica taking off their shoes to do the Lucy/Ethel thing. But, it was still fascinating to see them high atop the crusher "working it" as the grapes began their journey to becoming fine wine... I did miss the gypsy wardrobe, though. 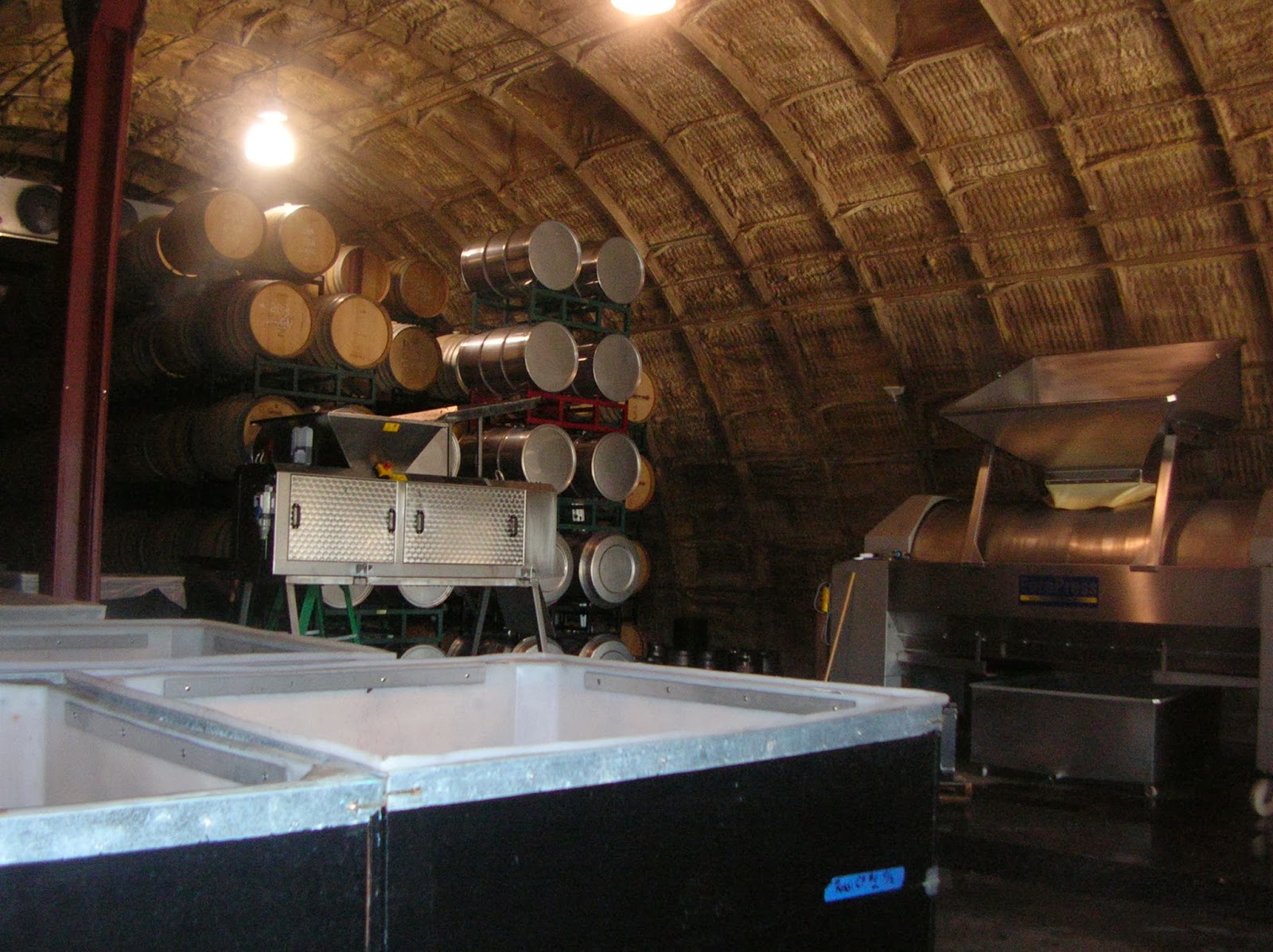 All you really need to know, however, is that Ryan makes some absolutely delicious wines... many of which are specifically reviewed in the link above, which includes his bio/backstory on how he happened to become such an accomplished winemaker.

By the time we finished tasting and watching, it was too late to visit any other tasting rooms.  That was perfectly fine with us.  What we had at the Carr Winery had delighted our taste buds and we were ready to head home.

So, the next time you're in Santa Barbara, drop in at Ryan's place - you won't be disappointed... and don't feel shy about visiting his website (link below) and the wine club if you're somewhere else in the world... He delivers.

Posted by ilona saari at 1:26 PM No comments:

IT'S A WRAP
A Taste of Viet Nam

As a foodie, I have to confess that my experience w/ Asian food is limited. Of course, as a New Yorker, I grew up eating Chinese food (well, 50's/60's Chinese sweet and sour food) but ventured into Chinese cuisine a bit further as I got older.  And, yes, I do eat Japanese food, Thai food and have been known to have Korean BBQ on occasion... but I'm clueless when it comes to food from countries such as Cambodia, Laos or even Viet Nam.

Well, to broaden by culinary horizon, the last time Richard and I were in Sacramento, my brother Bob and his wife Nguyen (yes, she's Viet Namese and I'm still Viet Namese food-challenged!!!) decided to start my Asian food education with a trip to Quan Nem - Ninh Hoa... 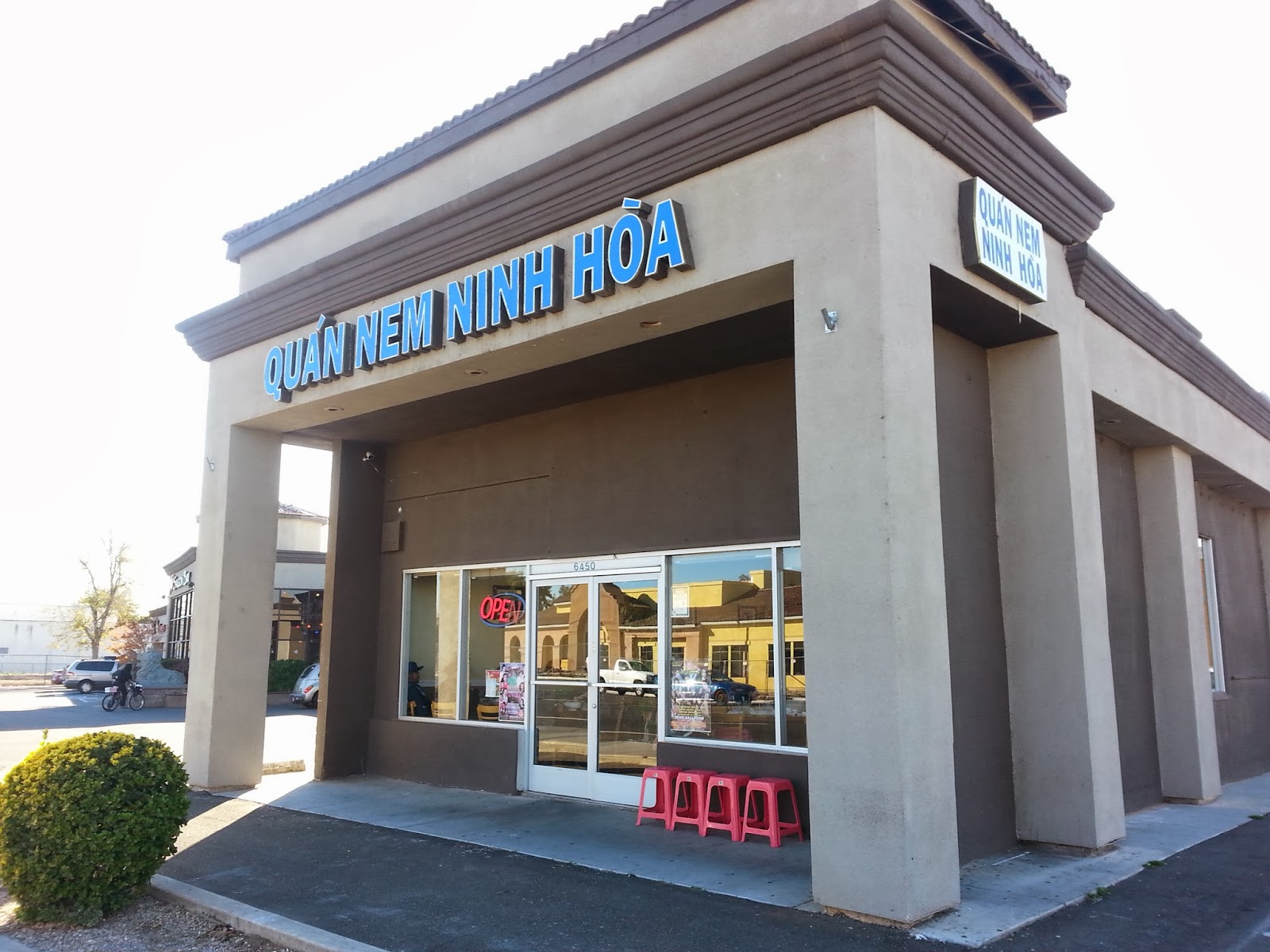 ...a restaurant on Stockton Blvd. in "Little Saigon" (for those of you who know Sac)... 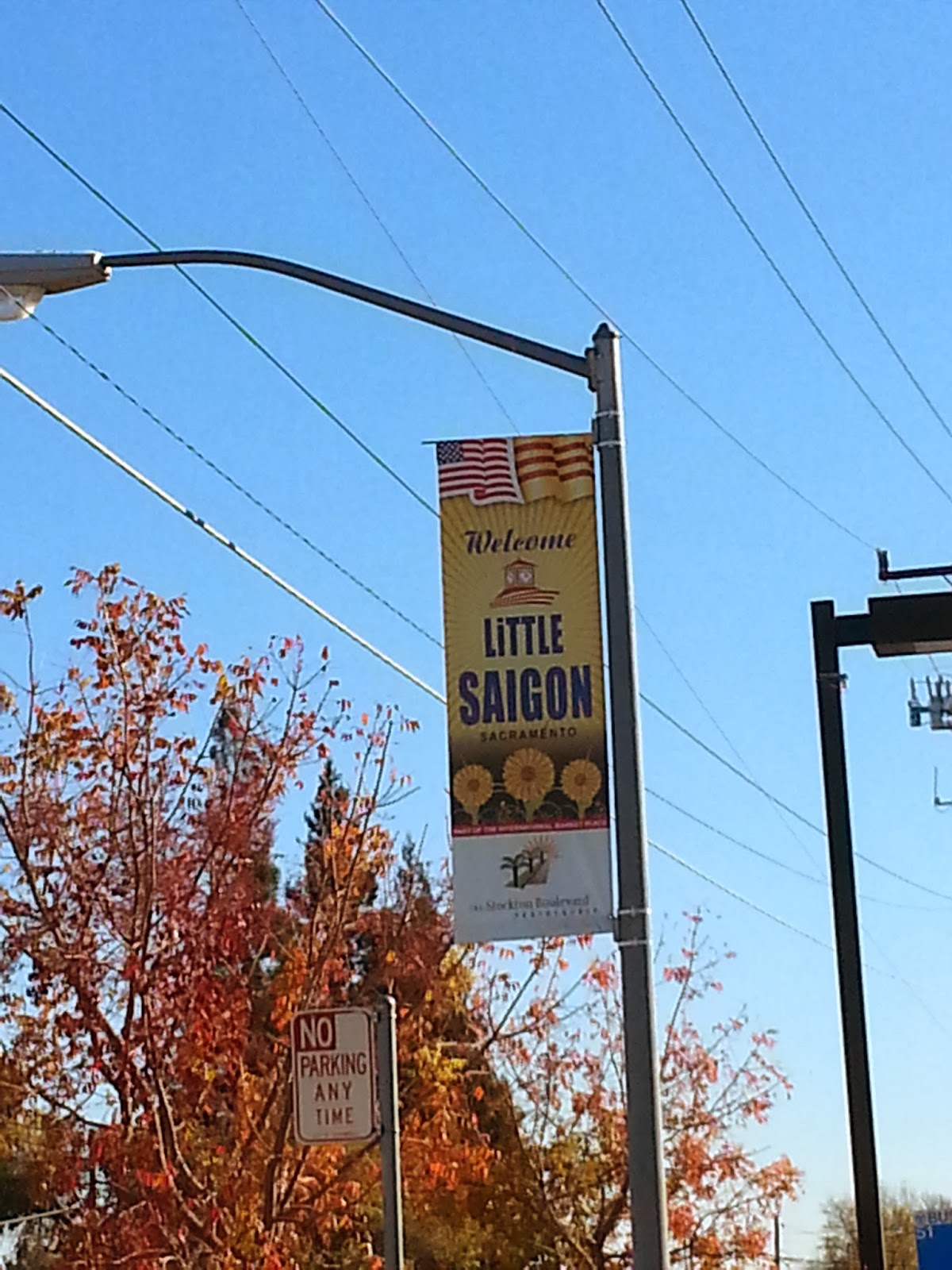 ...to have its House Special No. 1, a dish whose origins come from Ninh Hoa, a coastal region between central and south Viet Nam.

A kind of Mexican burrito-style dish (or a very pregnant spring roll) in that everything is rolled up into slim rice papers, but it's a DIY affair because you do the rolling... 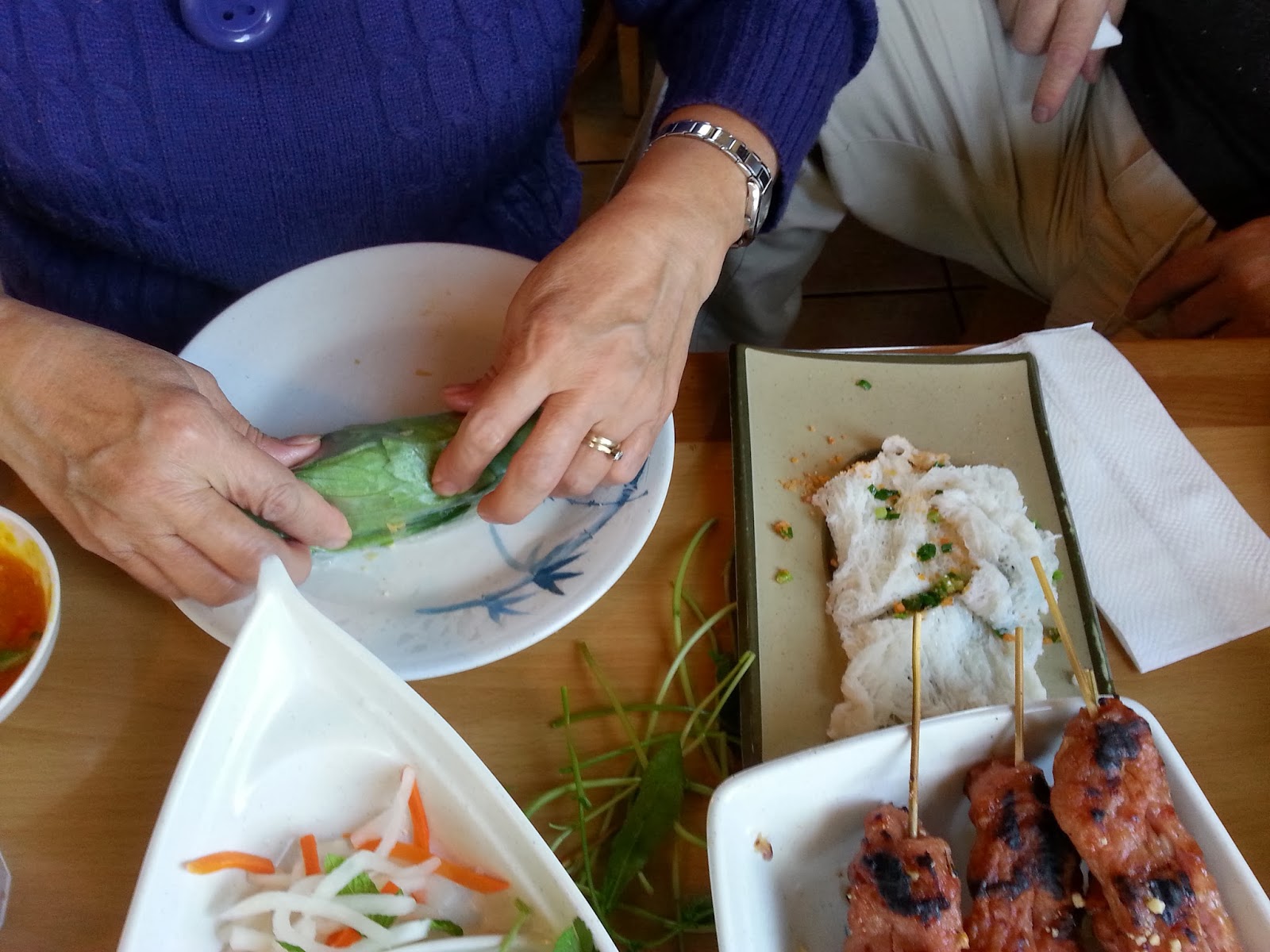 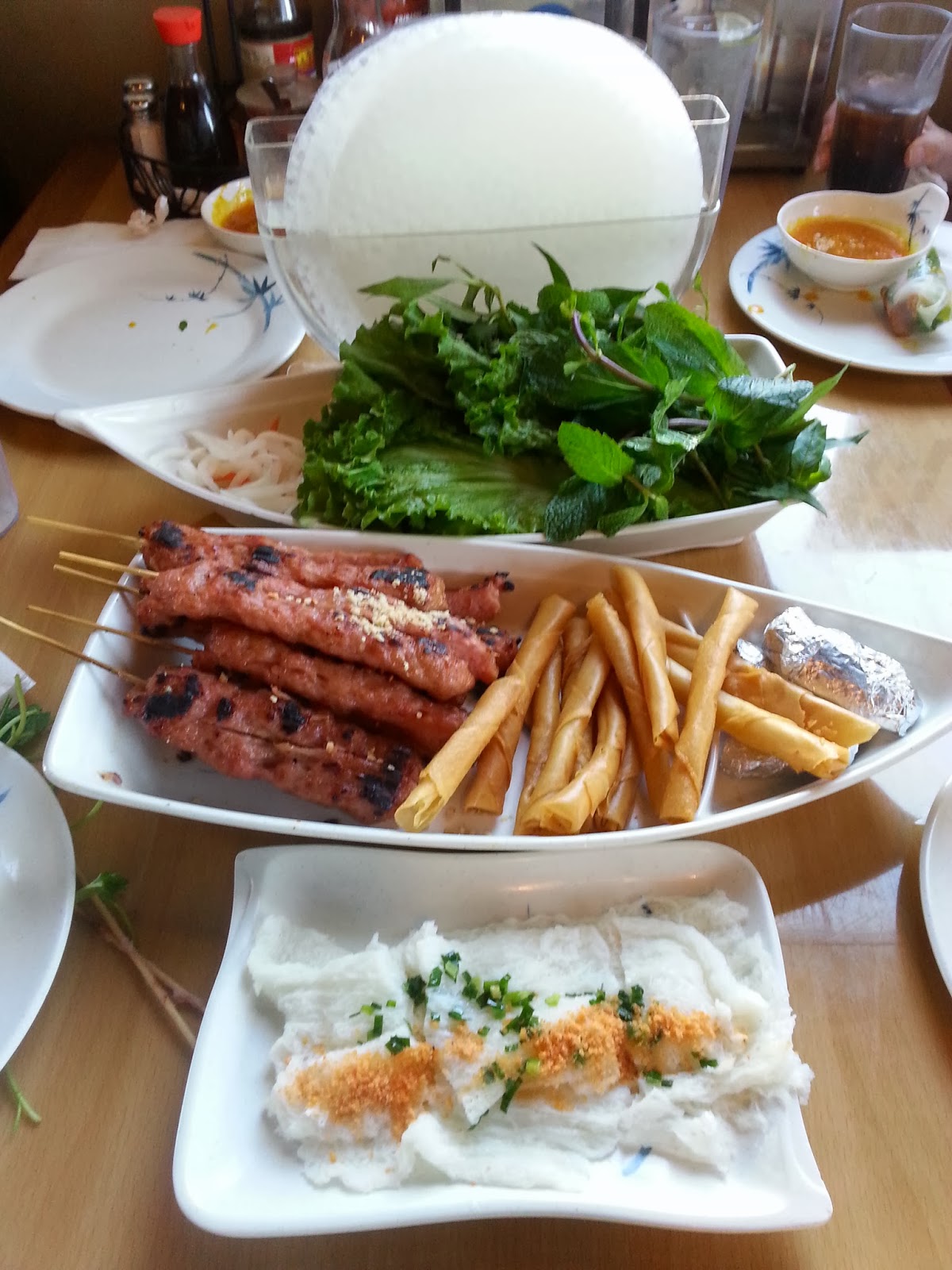 One $15.95 portion serves two (though there is a half portion available for $8.50).  We ordered two full portions and frankly, as full as I was when the plates were clean, I wanted more. 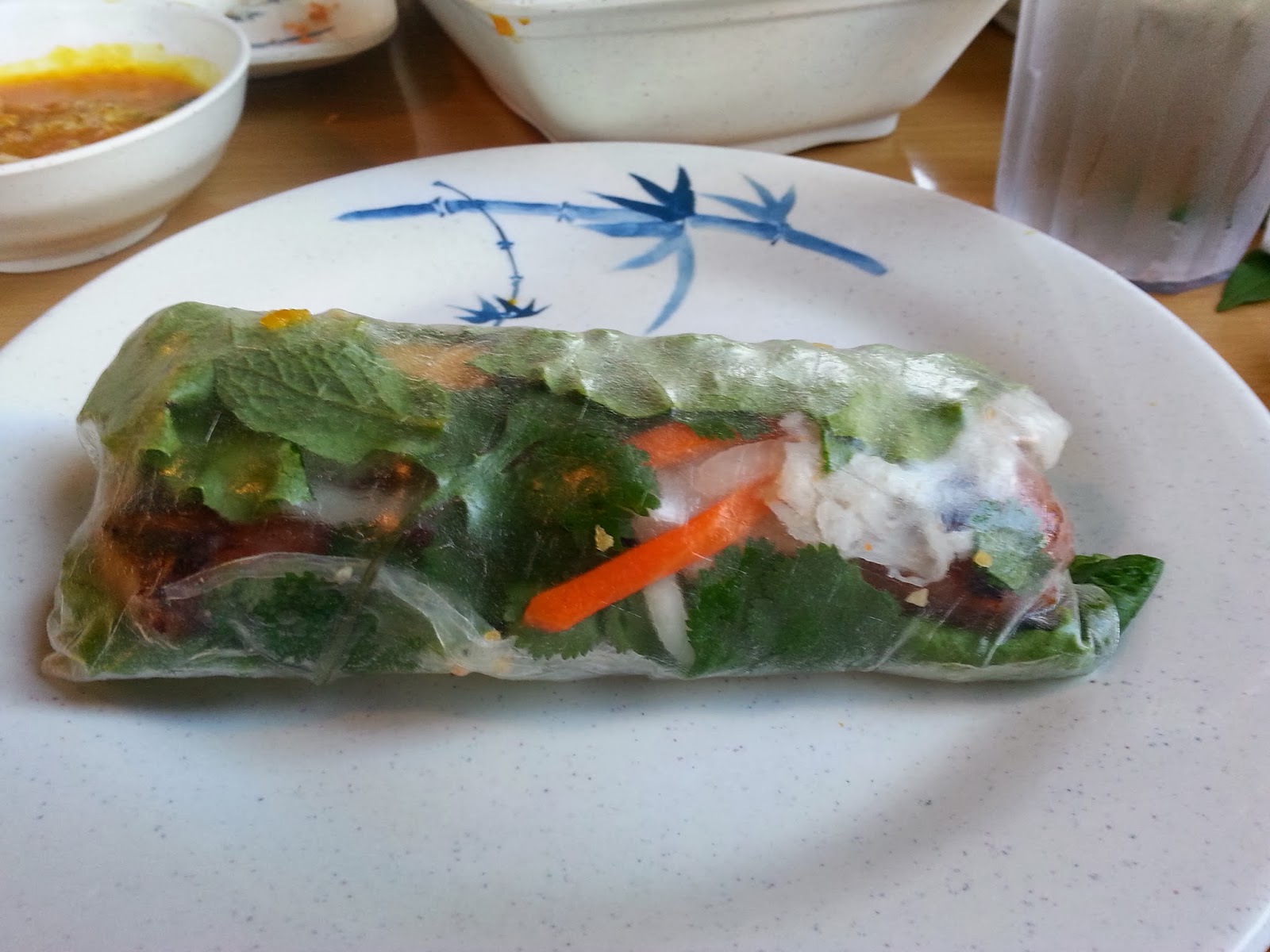 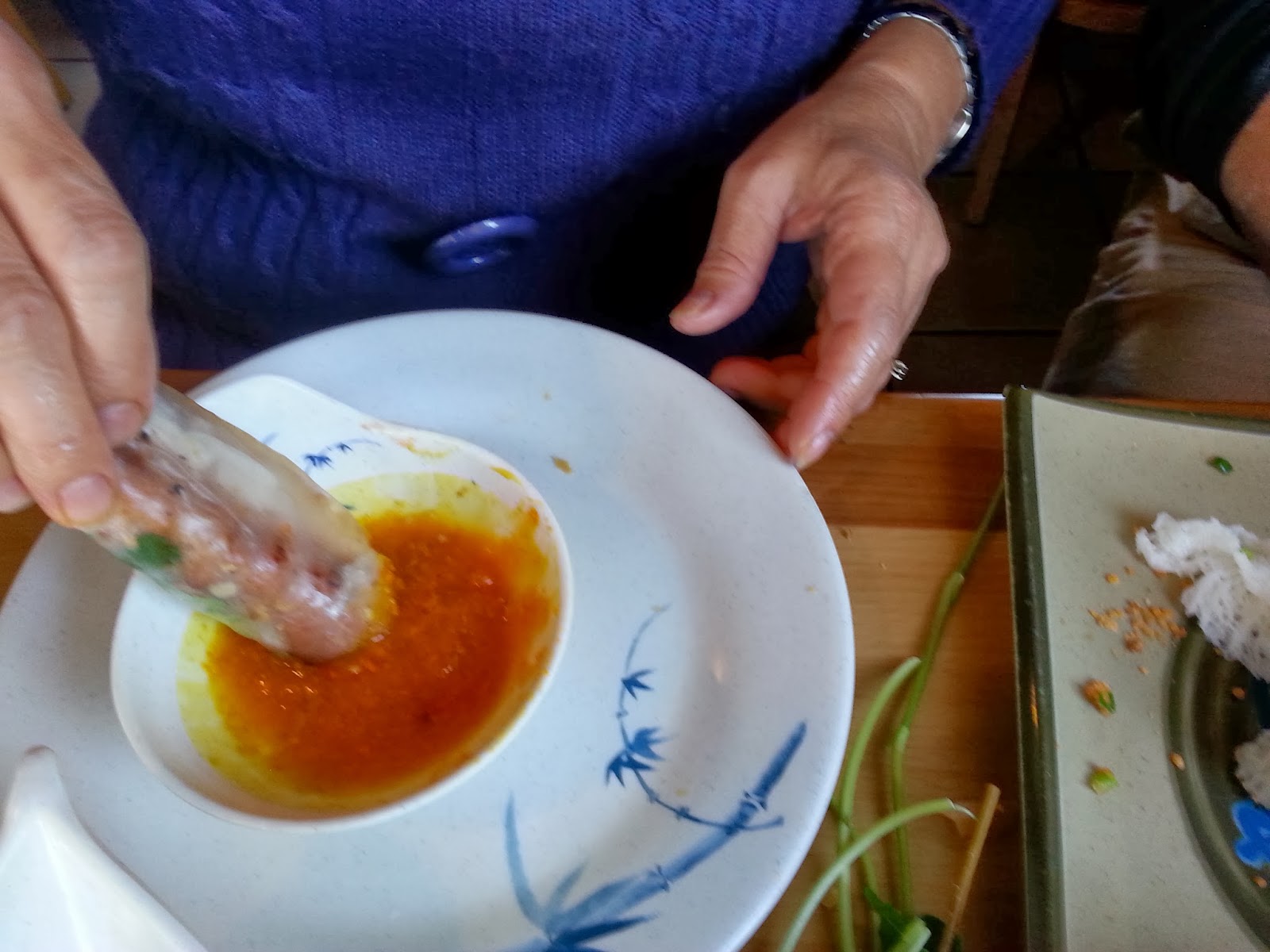 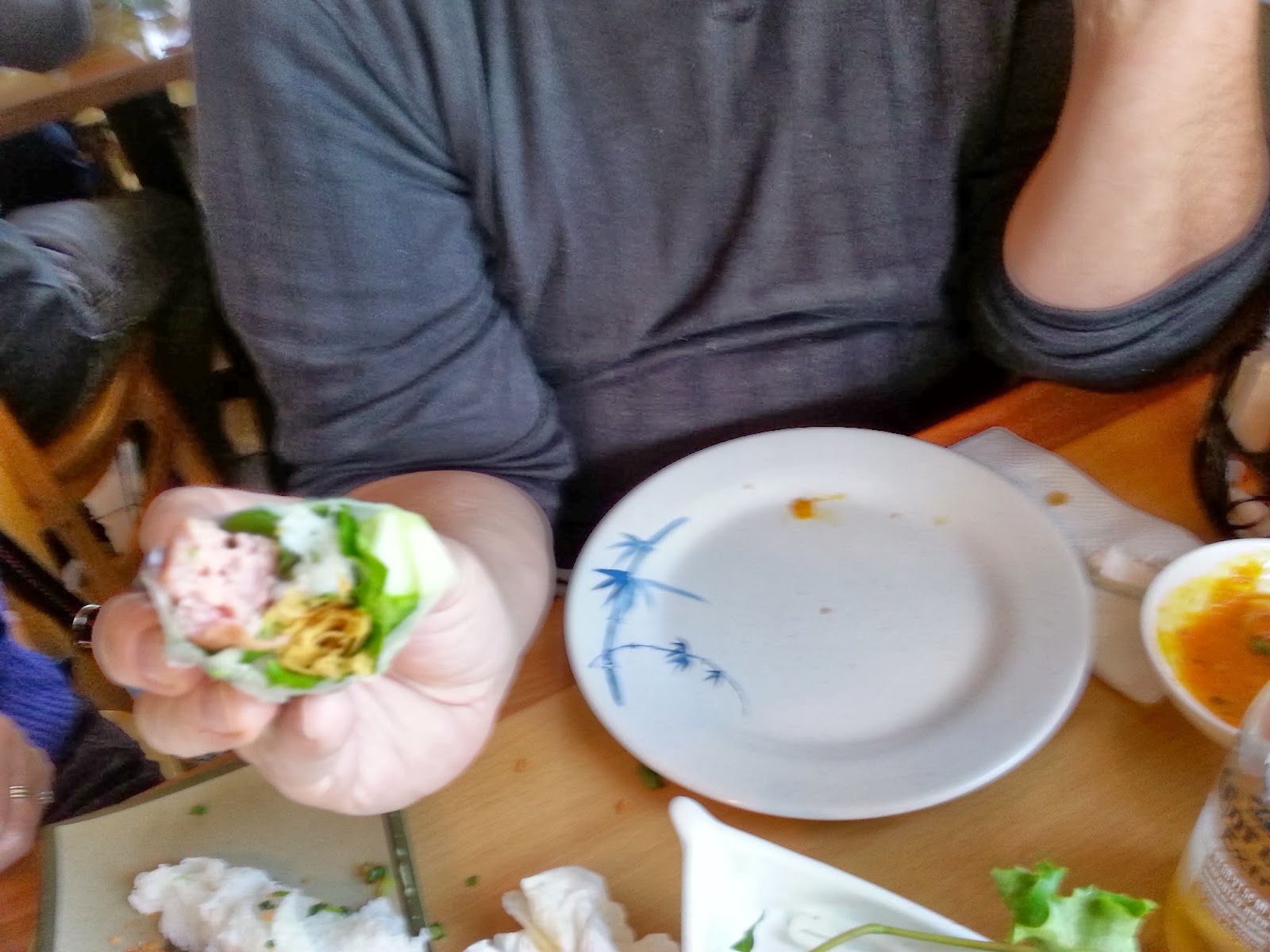 The blend of these fresh garden and charbroiled tastes made for one of the most delicious Asian meals I've ever had.  My taste buds did a happy dance, sooooooooooo...

Also on the menu is a variety of appetizers and spring rolls... noodle soups, rice plates, vermicelli, angel vermicelli, and vegetarian dishes. 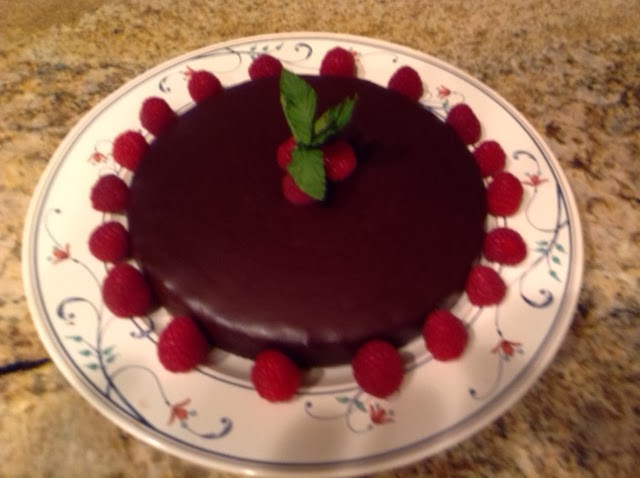 Selling our house in Studio City and moving to Ojai to start a new life adventure has been a whirlwind.  But we finally settled into our new home just in time to food binge through the holidays.

I don't know about you, but clear broth was beginning to sound appetizing after weeks of turkey, stuffing, sweet potato casseroles - prime rib, popovers, mashed potatoes, spinach souffles - lobster tails w/ clarified butter and an assortment of steaks and roasts and aged cheeses an pates all accompanied w/ single malt, cosmos, martinis, white and red wines.  I think I need to check into a clinic to dry out from holiday over-indulgence syndrome.

But before I hit the clear broth and bottled water, there was one more holiday to celebrate in 2013.  New Year's Eve.  Richard and I had planned to stay in and watch Kathy Griffith embarrass Anderson Cooper again this year as the ball fell in Manhattan, but we were invited to a pot luck dinner party at the beautiful home of new Ojaian (not to be confused w/ Ohioan) friends.

Our choice of course:  Dessert.  To say goodbye to the 2013 food year we chose the most delicious, richest, chocolate dessert we could make as our last food hurrah... Mark Miller's Ibarra chocolate cake w/ chocolate glaze from his Coyote Cafe cookbook. 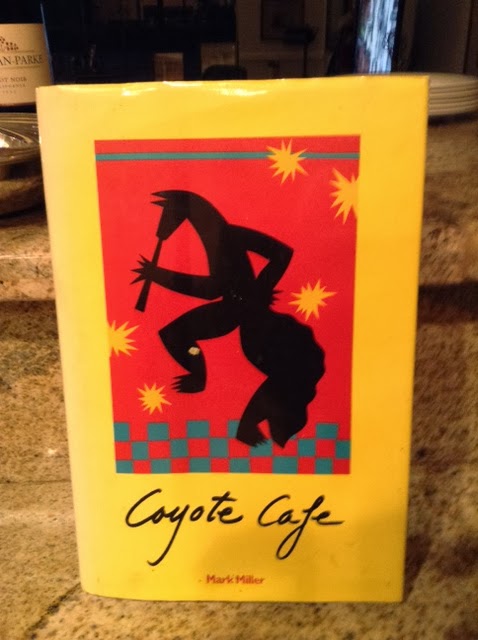 How rich is it?  Your head says stop after one bite, your stomach says "more!"

Our stomachs won, and we all clamored for seconds... not bites, but whole slices.

Bring on the broth.

"Even though there's no  Ibarra chocolate in it, this cake contains everything that Mexican Ibarra chocolate contains --- chocolate, almonds, cinnamon and sugar.  Hence the name.  The glaze for this torte-like dessert has twice as much chocolate as the cake, making this concoction a choco-holics delight." 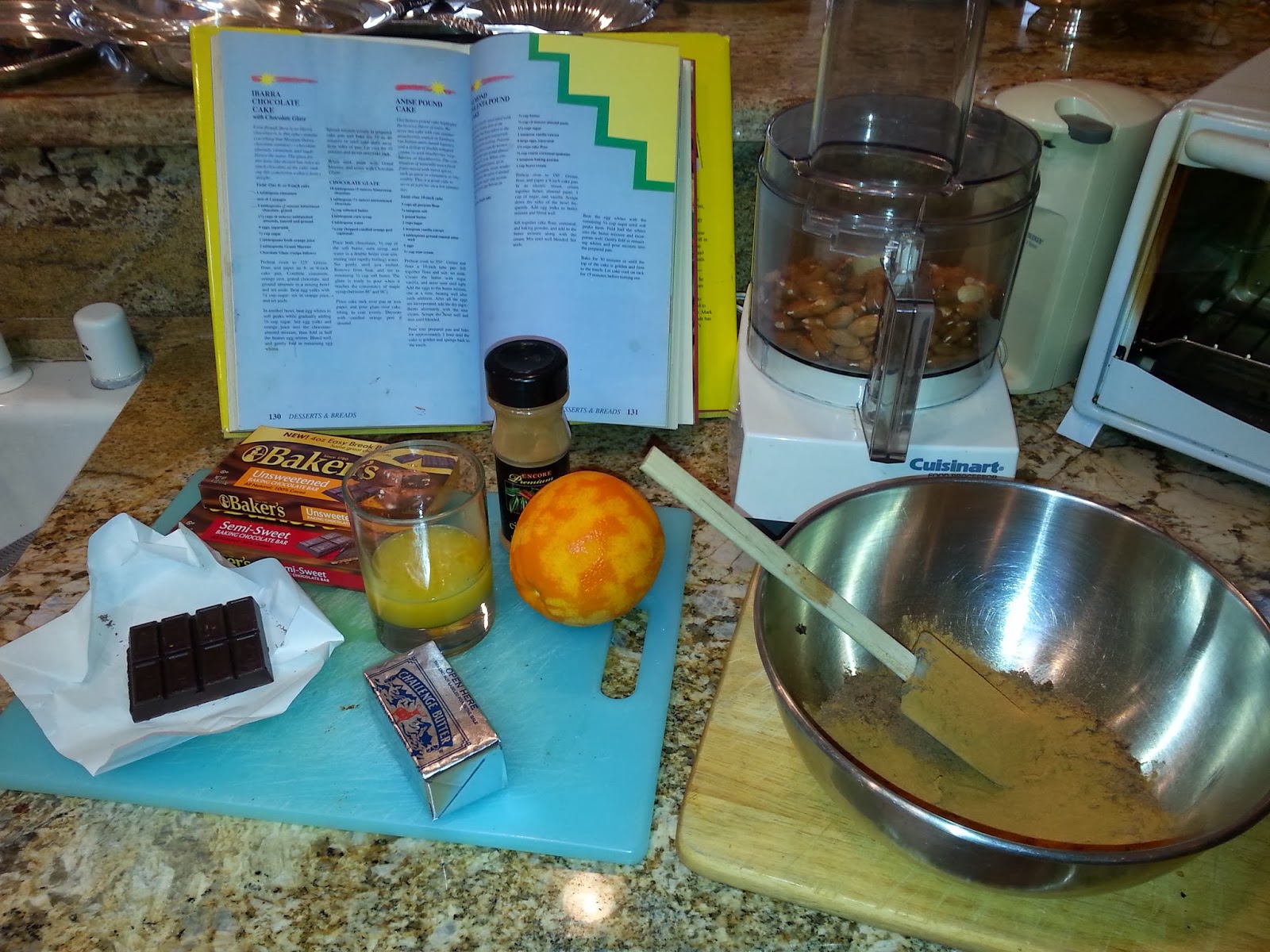 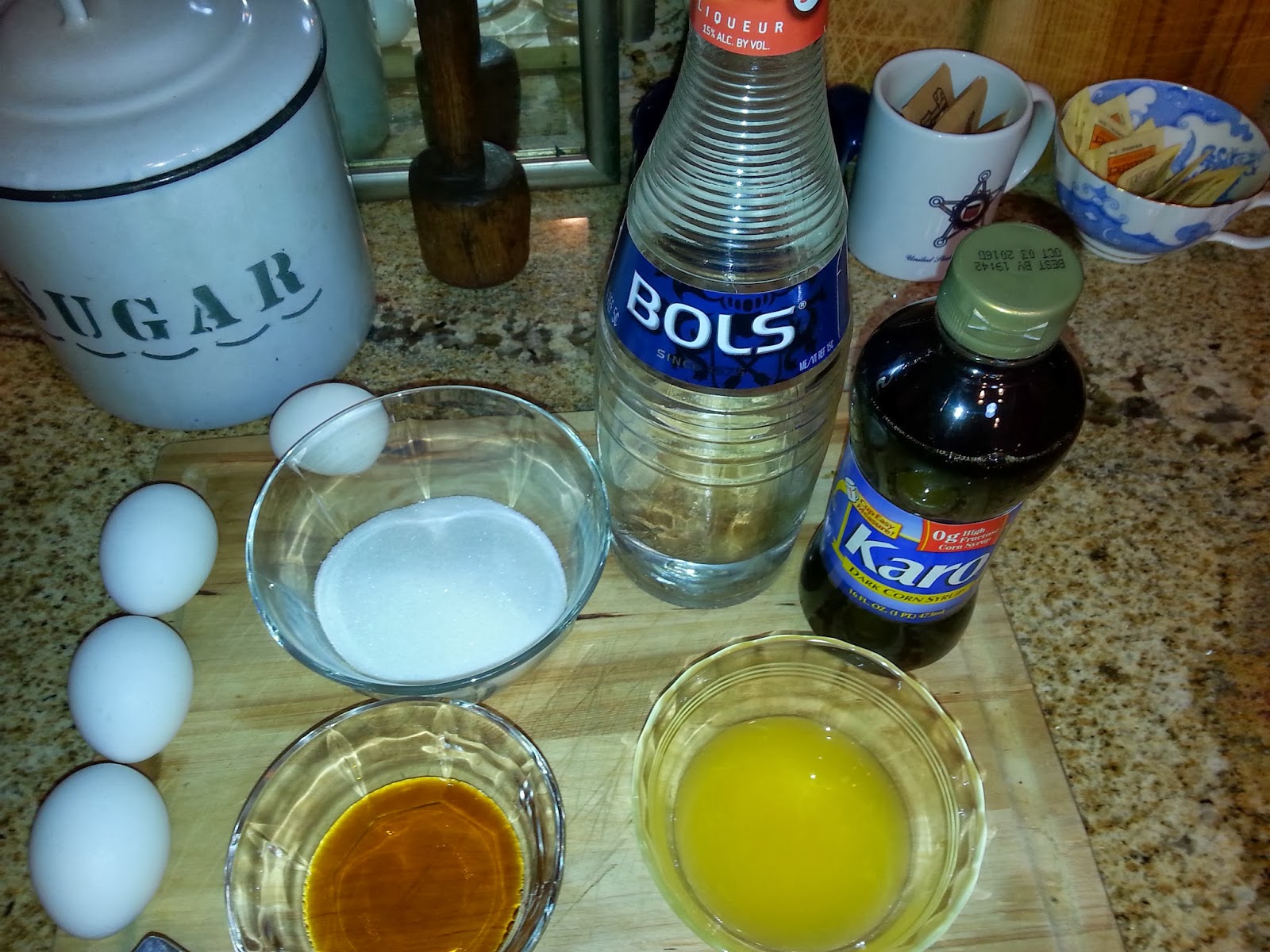 Combine cinnamon, orange zest, grated chocolate, and ground almonds in a mixing bowl and set aside.

Stir egg yolks and orange juice into the chocolate-almond mixture, then fold in half the beaten egg whites.  Blend well, and gently fold in remaining egg whites.

Spread mixture evenly in prepared cake pan and bake for 35-40 minutes or until cake pulls away from sides of pan.  Let cool for 10 minutes and invert onto cake rack.  (Note from Richard:  watch!  He removed it from oven after 28 minutes.)

When cool, paint w/ Grand Marnier (Triple Sec), then cover w/ Chocolate Glaze (we pour the glaze over the cake from a gravy boat).

Place both chocolates, 1/2 cup of the soft butter, corn syrup, and water in a double boiler over simmering (not rapidly boiling) water. 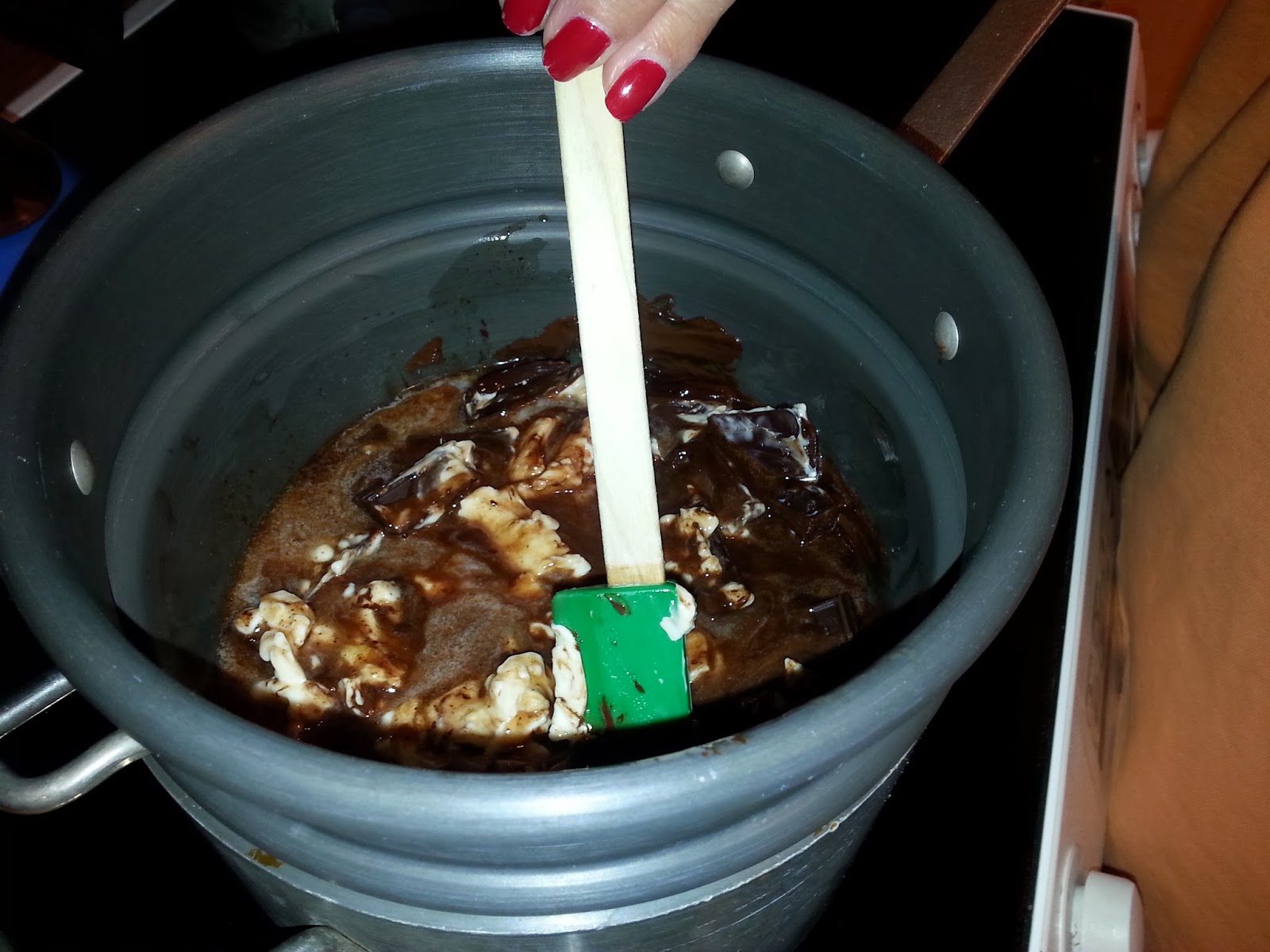 The glaze is ready to pour when it reaches the consistency of maple syrup (between 86 and 96 degrees).

Place cake rack over pan or wax paper, and pour glaze over cake, tilting to coat evenly (we never do the tilt thing because the gravy boat allows us to control the pour so that it's evenly distributed). 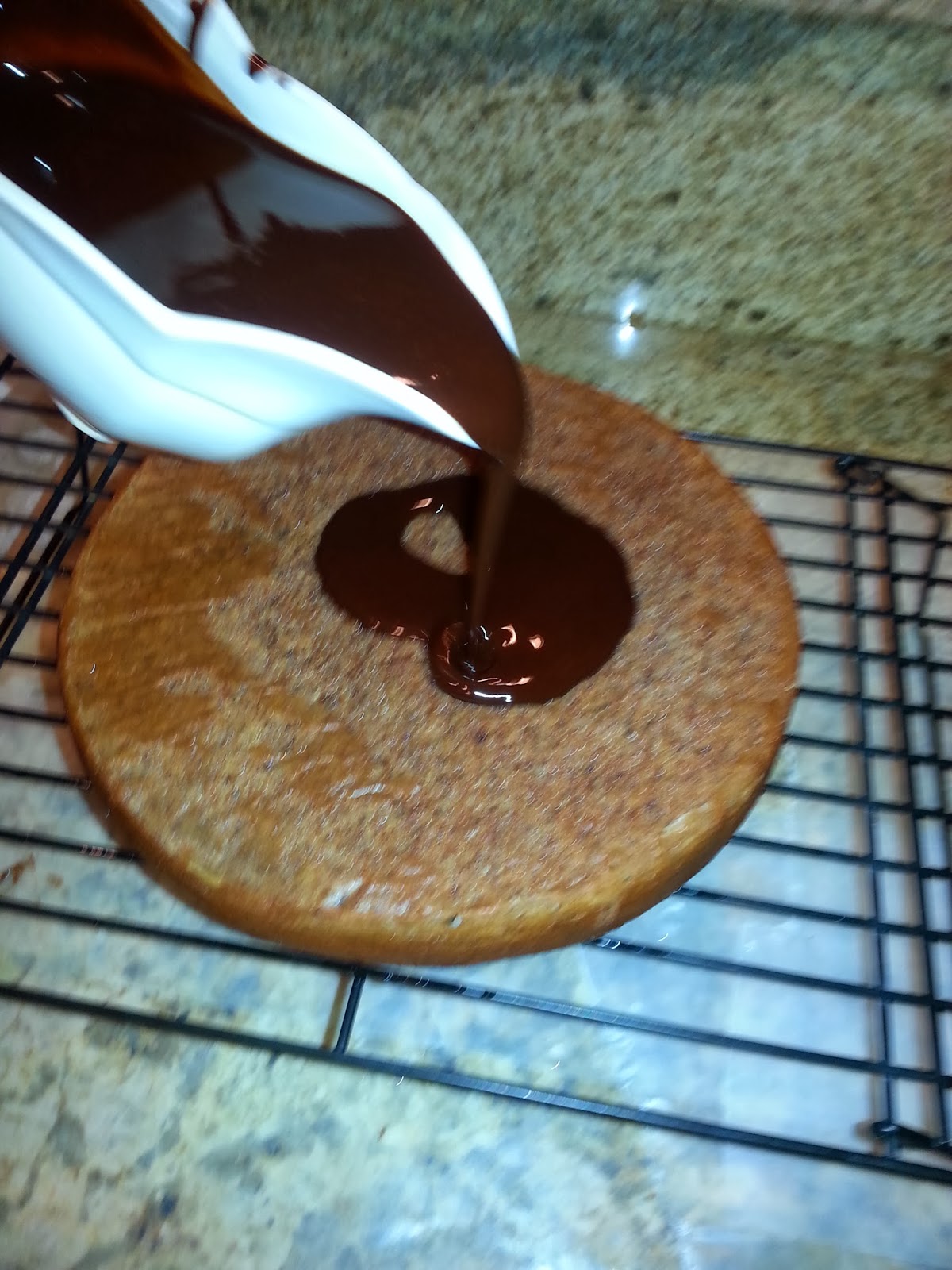 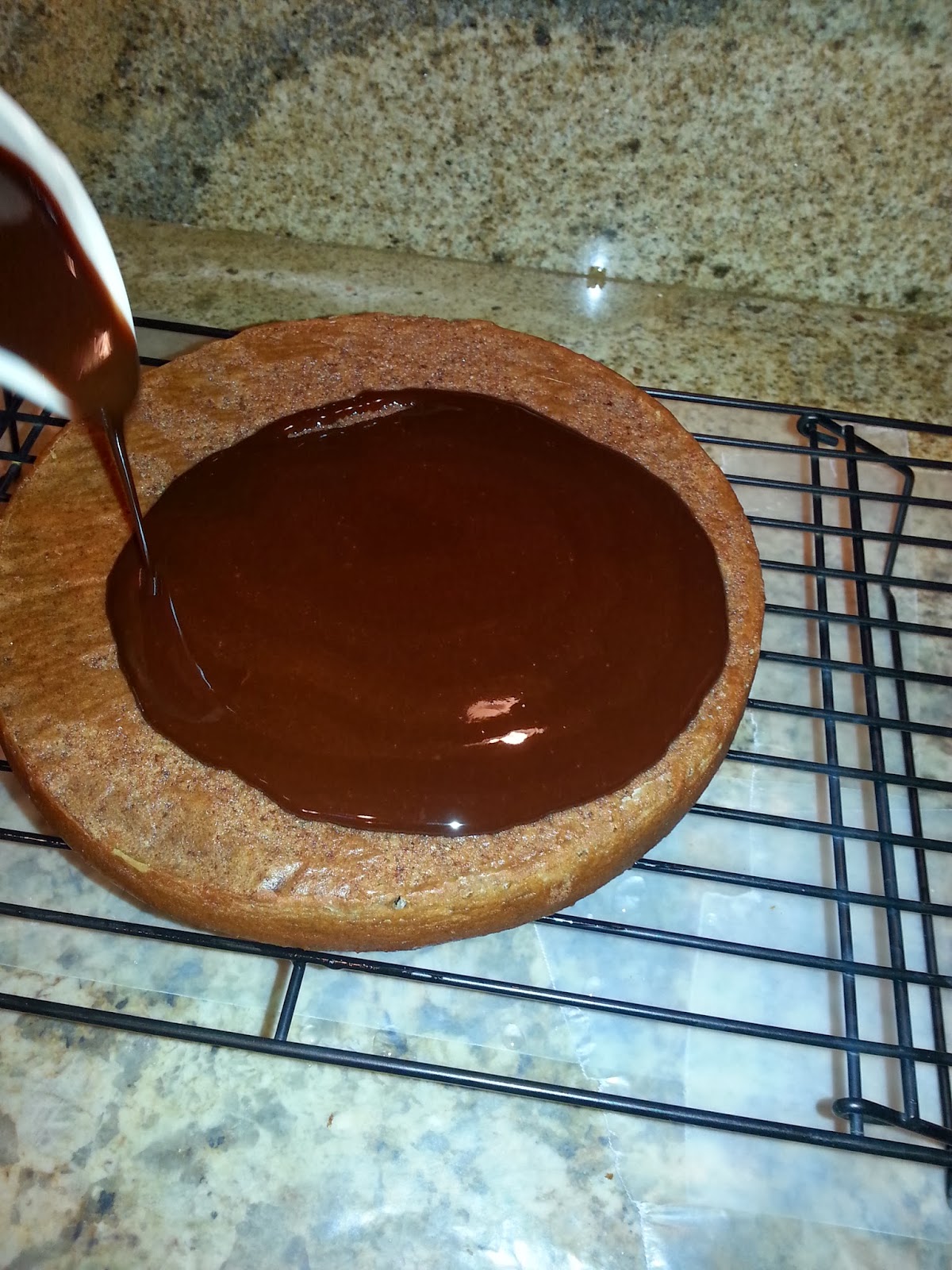 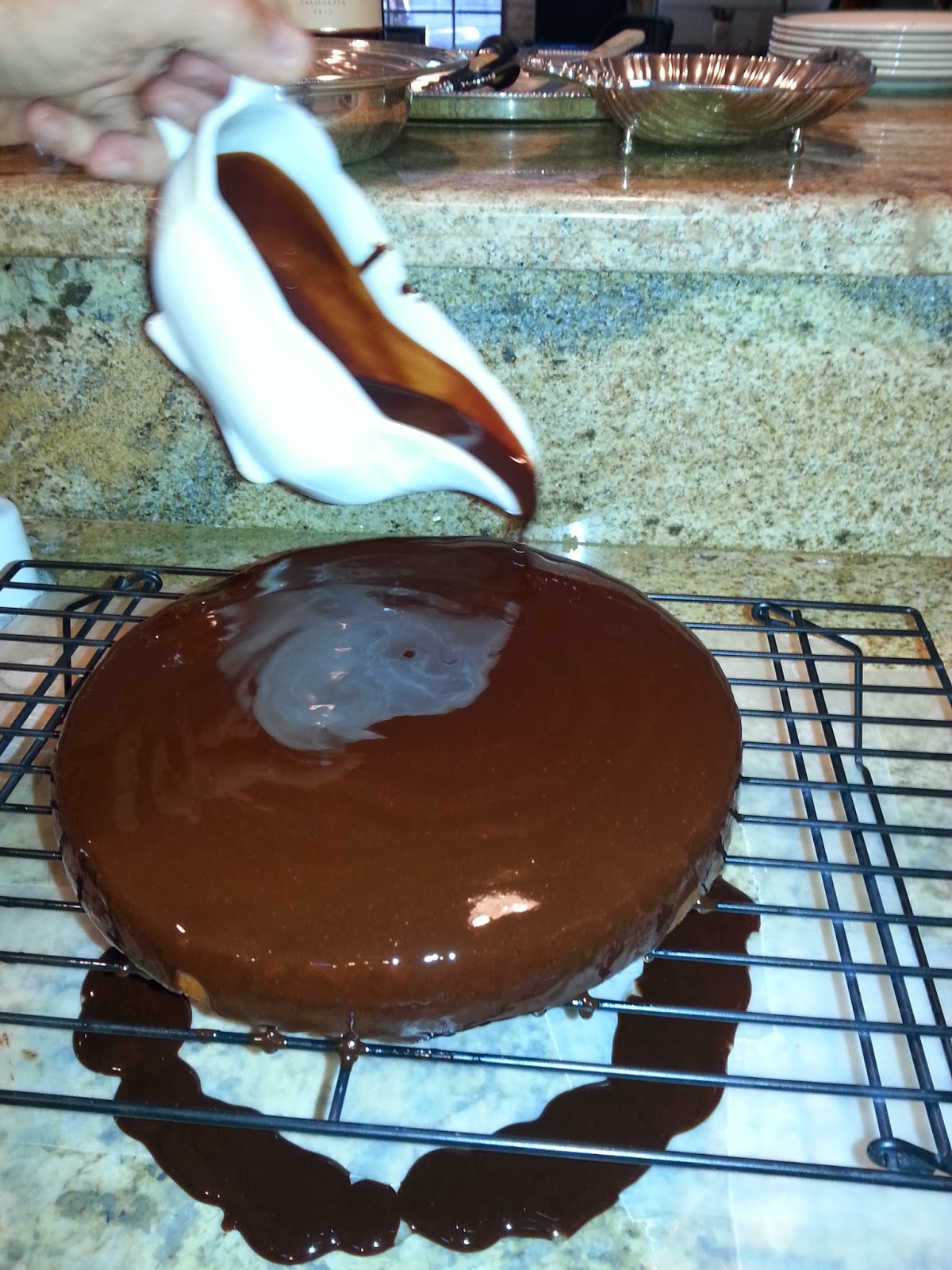 Decorate w/ candied orange peel, if desired.  (We decorated the cake w/ raspberries and a sprig of mint.) 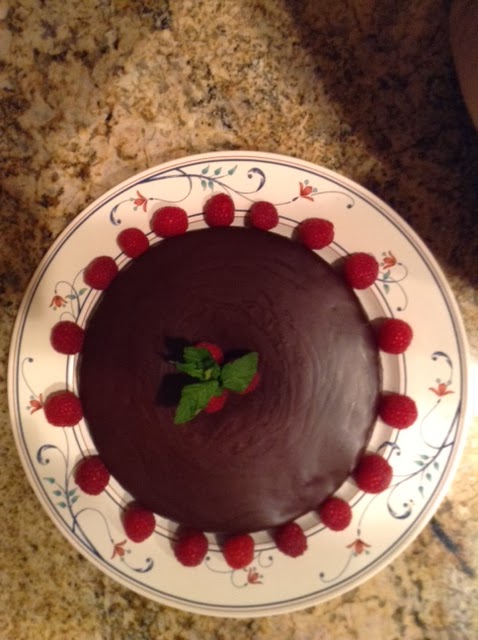