THE HOUSE OF TARRAGON 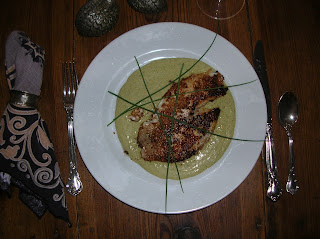 THE HOUSE OF TARRAGON

I think I was about eleven when I first heard the word “tarragon.”  At the time, I was besotted (doncha just love that word?) with English history and lore… Richard the Lionheart and Prince John, Robin Hood, Ivanhoe, Elizabeth I and, of course, Henry VIII and his first wife Catharine of Aragon (mother of Queen Mary l, a/k/a “Bloody” Mary). I conjured up a “Royal House of Tarragon” complete with a family crest and members dressed in rich royal blue and purple velvets, silver and gold brocades. They, naturally, had Scottish clan cousins who wore Tarragon plaids.  Boy was I bummed when I found out it was just an herb.

I’m still an Anglophile, but over the years, I’ve fallen in love w/ tarragon (small “t”) and it’s sweet, yet pungent taste. I use it in meatloaf and soups and casseroles, but I’ve never had or made a tarragon sauce until I found a recipe on Pinterest that looked and sounded delicious. I immediately sent it to Richard (I don’t “do” sauces).

The recipe originally was for scallops, but we had tilapia in the freezer, so why not?  Fabulous!  Sometime later, Richard thought it would also be “fabulous” with chicken… it was!!!  And, this time he took pictures so I could tell you all about it.

So, whether you’re an Anglophile who imagines ancient English royalty riding thru the rich green English countryside hunting foxes or jousting on horseback for the King (or Queen), or not – I think you’ll love this “House of Tarragon” sauce.

Place scallops, fish or chicken (Richard pounds the chicken til it’s about a ¼ - ½ inch thick) on a plate/platter and refrigerate, uncovered for 30 minutes

Trim the spring onions, separating the green tops from the small bulbs.  Dice the bulbs and roughly chop the greens 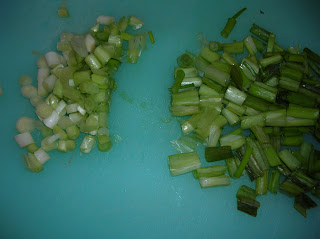 Melt the butter in a saucepan over medium heat.  Add the chopped spring onion bulbs and a pinch of salt, reduce the heat to low, and cook 20-25 minutes, until very soft.

Add the green tops, toss through, and cook an additional 5-10 minutes until soft but still bright green. 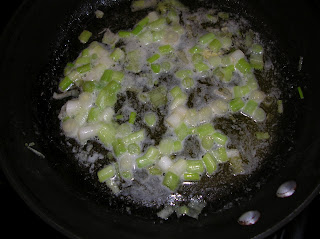 Sprinkle the flour over and cook for a minute or two, just until the raw flour smell is gone.

Add the milk, raising the heat to medium, and cook briefly until thickened.

Add the tarragon leaves and stir through, then turn off the heat... 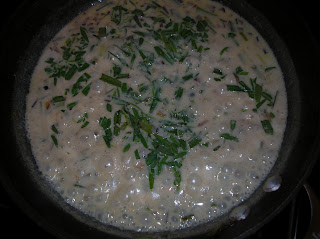 ... and pour the mixture into a blender.  Puree until very smooth, then return to the pan over low heat, cooking until the mixture is thick enough to coat the back of a spoon. 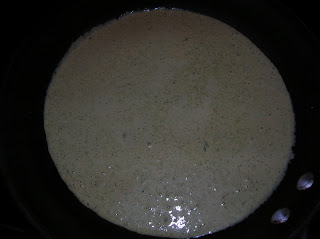 Pour a thin film of grapeseed oil in the bottom of a sauté pan and warm over medium-high heat until shimmering.  Carefully add the scallops (a few at a time), fish or chicken, being careful not to crowd the pan, and sear them just a couple of minutes per side until they are nicely browned and caramelized (re: the scallops: they should release from the pan easily once they’re ready, and they should still be a little jiggly in the middle, as they will continue to cook off the heat).  Set aside and keep warm.

Taste the sauce and adjust salt if necessary.  Whisk in the crème fraiche off the heat until the mixture is smooth, then spoon a little of the sauce in the bottom of shallow (warmed) bowls (or plate), place the scallops, fish or chicken on top, and garnish with fresh chives. 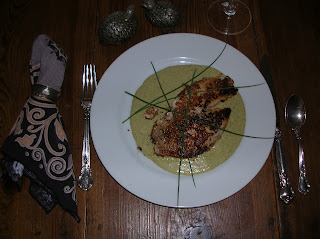 Delicious!  A dish fit for royalty.