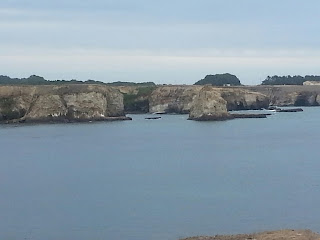 I woke early and saw that our cabin in the woods was engulfed in fog.   I immediately checked Richard.  His head was still connected to his body and his pulse was beating normally.  So, no visit from the Buckner family... at least not in our cabin.  I called Bob and Nguyen to make sure their heads were on straight.  All was well with them, too.

After breakfasting in our cabins, we decided to venture north to Fort Bragg.  We sped along the coast highway at a breezy clip of 10 mph, as the fog masked much of the sheer drops to the ocean.  Needless to say, this less than breakneck speed, coupled with nothing to see when I looked down put an end to my whimpering. 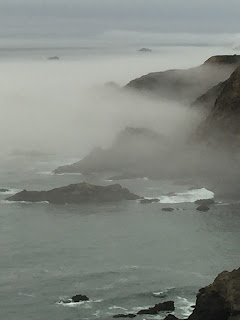 We arrived late-morning and hit the trail to the white cliffs of Dover... well, the beige cliffs of Fort Bragg, at any rate. 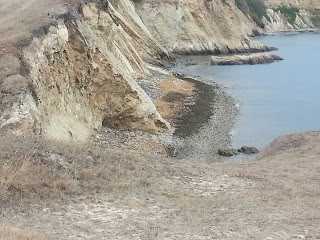 The fog had lifted a bit, though the cool mist that remained gave us a chill, so we bundled up.  Richard braved a hoodie feeling secure in the hovering mist that no one would mistake him for a gang member and shoot him. 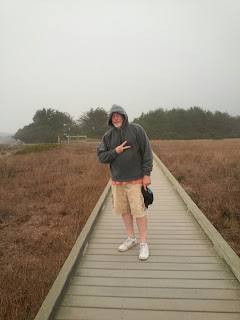 My brother, a big guy, also needed an extra layer, so Nguyen dragged out one of her ponchos from the SUV and layered it on him.  Not the most flattering ensemble, but it worked to buffer the cold. 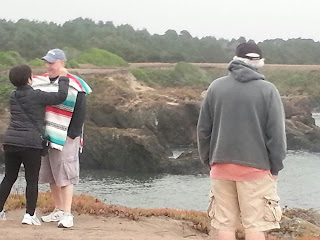 Kathy and Heathcliff may have had their misty, foggy English moors, but we had the misty, foggy cliffs of Fort Bragg. And they are expansive and dramatic. 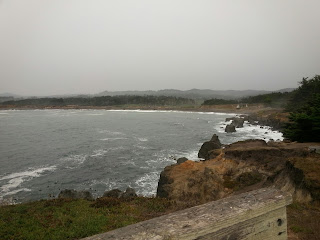 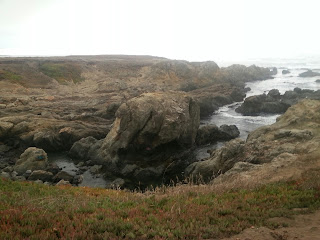 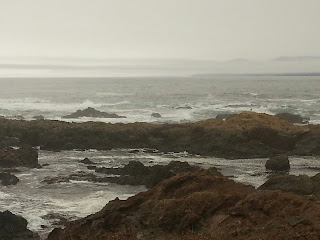 We walked the cliffs' edge and came to a stairway to the Pacific.  It was steep.  We didn't want a workout so we passed it by. 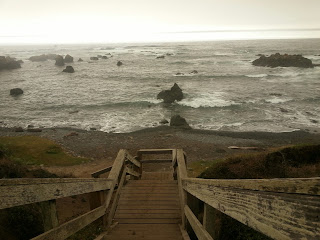 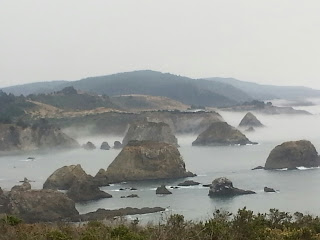 Birds perched on rocks in the sea. 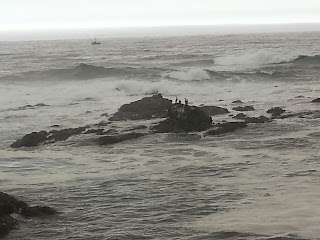 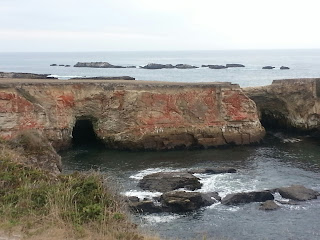 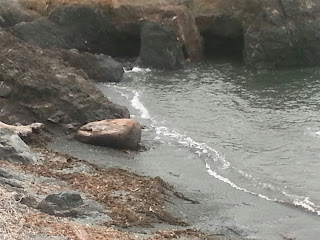 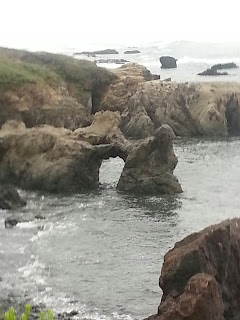 And explored the beige cliffs. 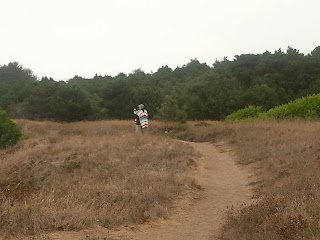 Then HE appeared.  Don't jump!  Was it Buckner?  Who knows? 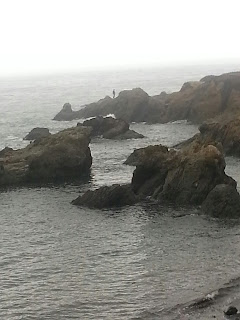 Because he soon disappeared.  Lost in the mist.

Nguyen looked for him as Richard tried to capture it all on camera. 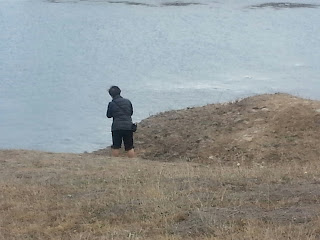 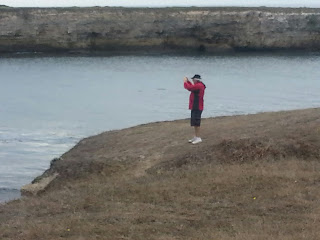 The sun peeked out as we headed back to our car. 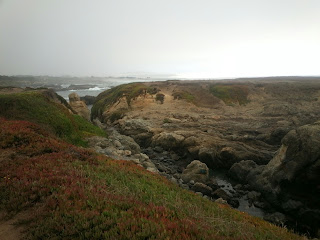 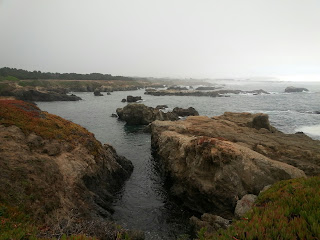 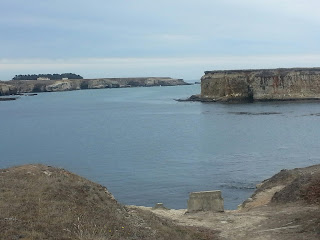 It was time to find a restaurant and have an early dinner by the sea and watch boats boating to and fro. 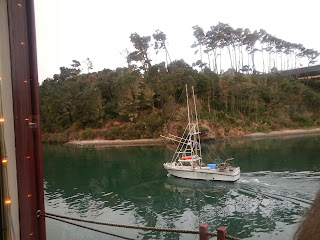 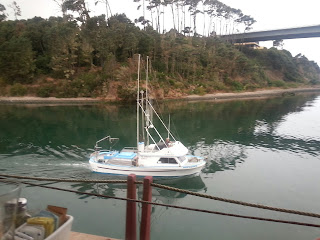 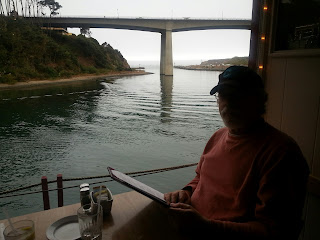 Another day, another excellent adventure.