A CHEESE "SKIRT" AT THE SQUEEZE INN

A CHEESE "SKIRT" AT THE SQUEEZE INN

OK - many of you know I'm on a forever search for the perfect cheeseburger (full disclosure - I'm also a cheese junkie), so when my brother and sister-in-law in Sacramento (who know my food proclivities) reminded me about the Squeeze Inn, I had to go.  It's a dive, I found out, that Guy Fieri calls the best in Sac.  He loved it so much he did a piece on this "hole-in-the-wall" for his Food Network show, "Diners, Drive-ins & Dives."  So, since I covet cheeseburgers and love to eat in diners, drive-ins and dives... damn the diet, full speed ahead!!!

This is not one of Richard's favorite foods (I love him despite this flaw in his food character), but he agreed to go even though he'd actually been to the original Squeeze Inn some years ago w/ my brother.  Why I wasn't along with, I have no idea - probably because they'd been playing golf, but I digress...  He did tell me then, however, that  he thought this was a dive for me and that I would sing this burger's praises.

The "original" dive was named Squeeze Inn because if you wanted to eat there you had to squeeze in, as the restaurant, which many Sacramento-ites considered a city landmark, was no bigger than an average-size living room and was furnished with a counter and stools and a couple of picnic benches.  However, a few years ago after a frivolous law suit was filed against the restaurant (which was subsequently dropped), the owners decided to move and find a larger space.

The new location in a strip mall only a stone's throw away from the original dive is larger and can seat many diners comfortably.  The owners recycled the original counter and installed the old dive's storefront in the restaurant and made it into a private eating booth. 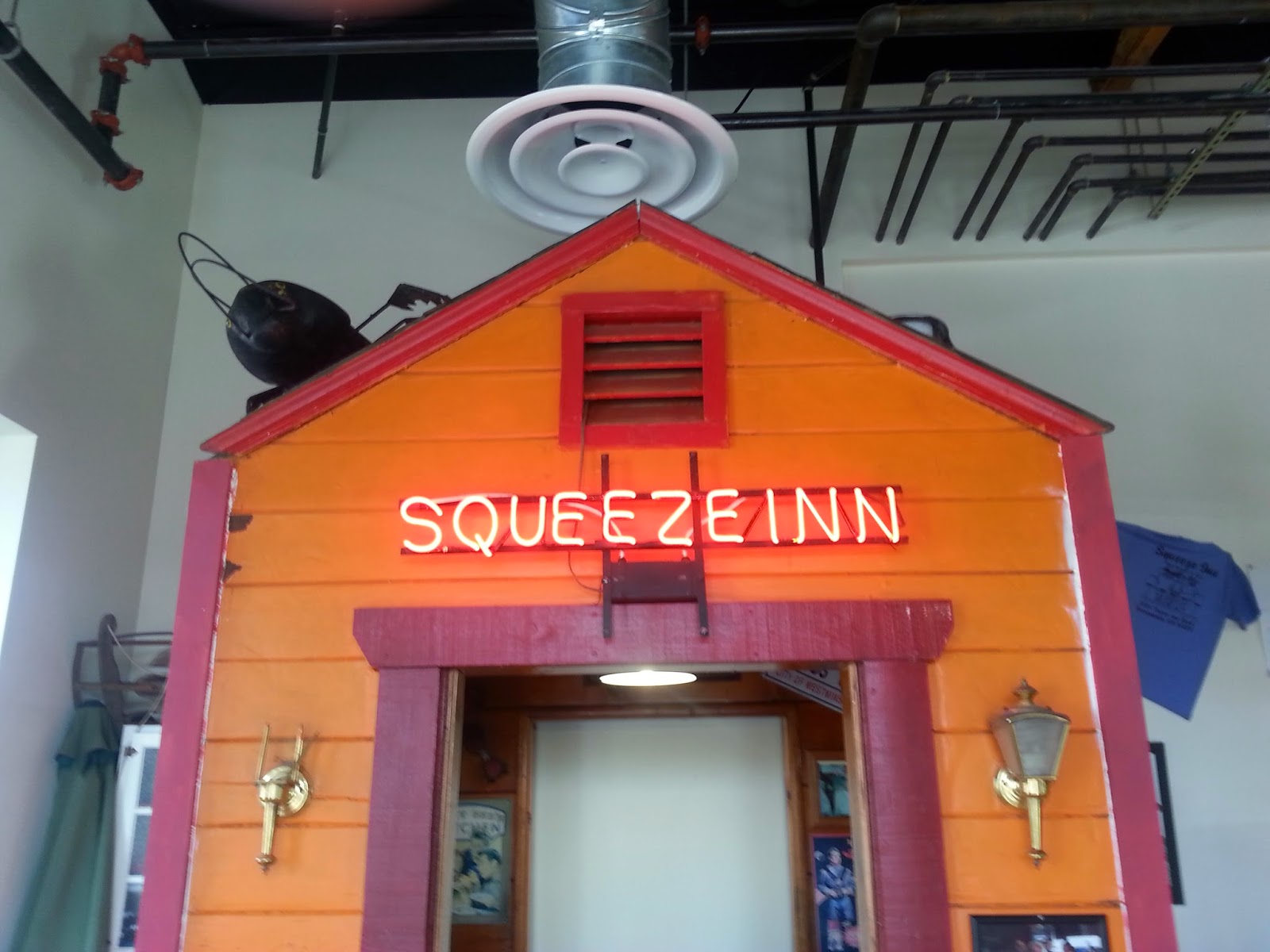 In the entrance is a picture wall of patrons and framed reviews. 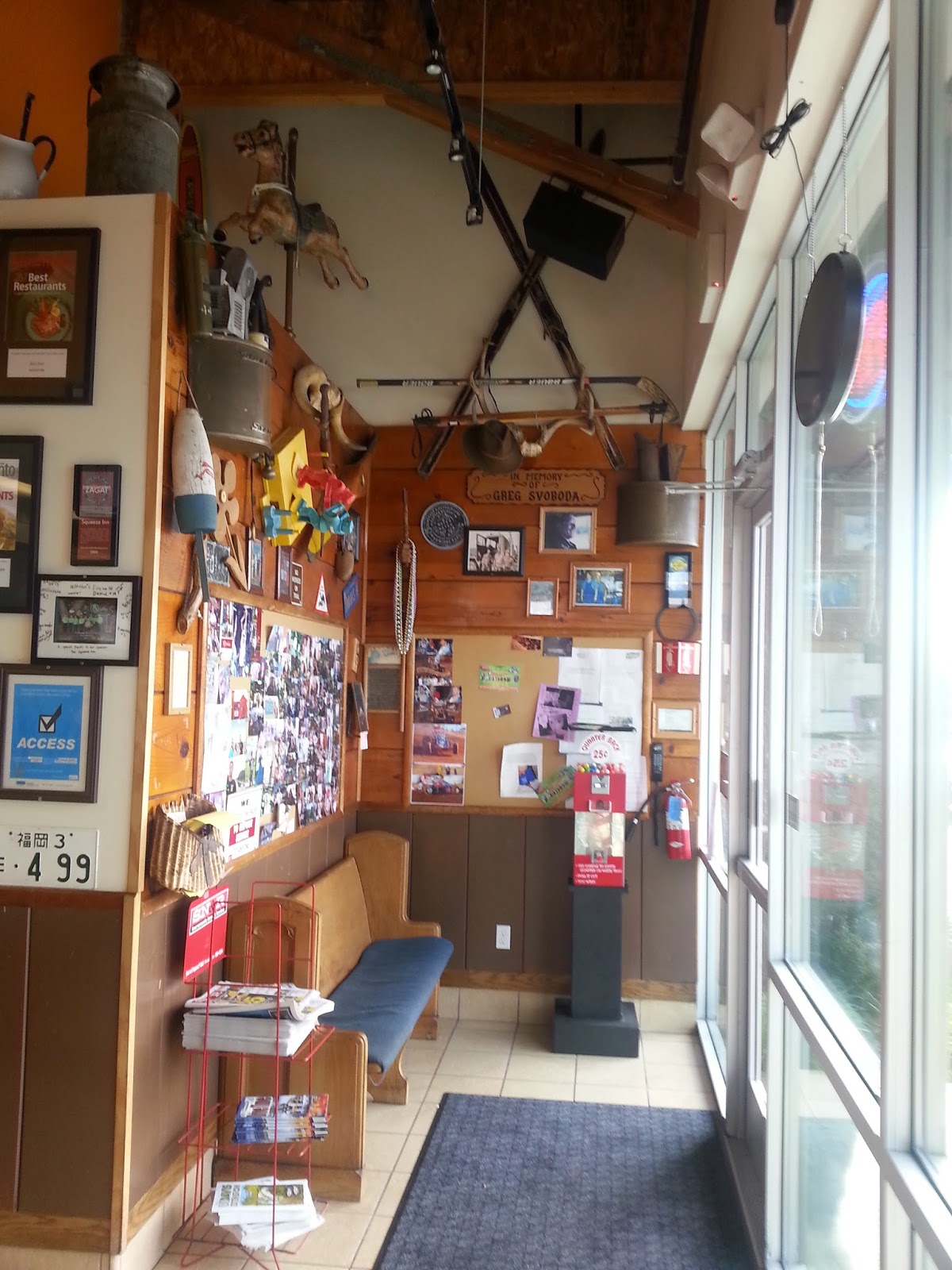 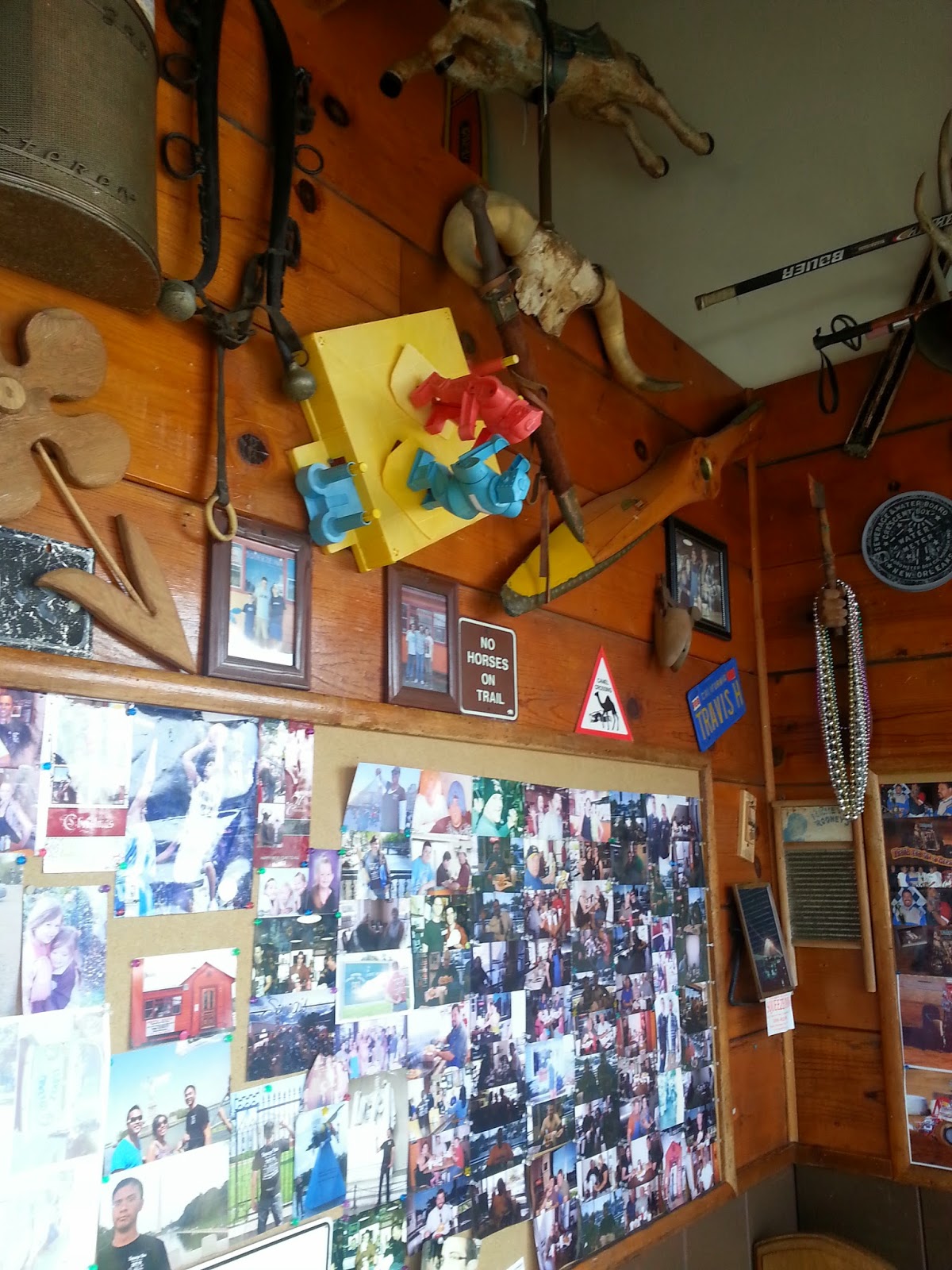 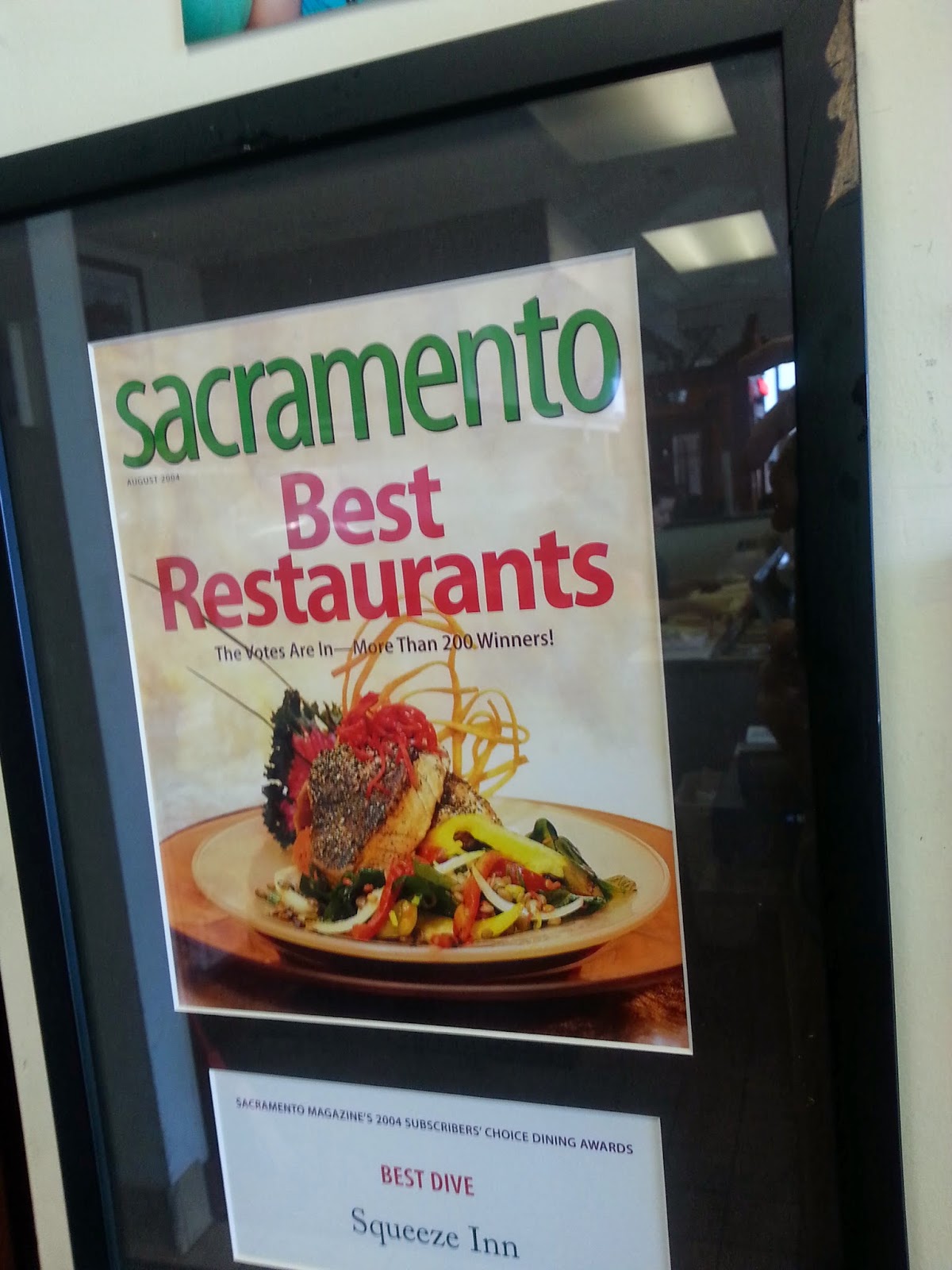 But enough of the decor...

To say I've never had a cheeseburger (called a "squeeze with cheese") quite like this one is an understatement.  I could write a short essay on the grilled cheese skirt alone... in fact I will:

The trick to this squeeze with cheese is that its cooked over a 1/3 pound burger into this crispy and addicting cheese skirt by covering the burger in what seems like a pound of shredded cheese, then throw on some ice chunks and cover.  As the cheese melts partially off the burger and onto the grill, the steam from the ice helps the cheese form their crispy brown edges.  Cheese nirvana. 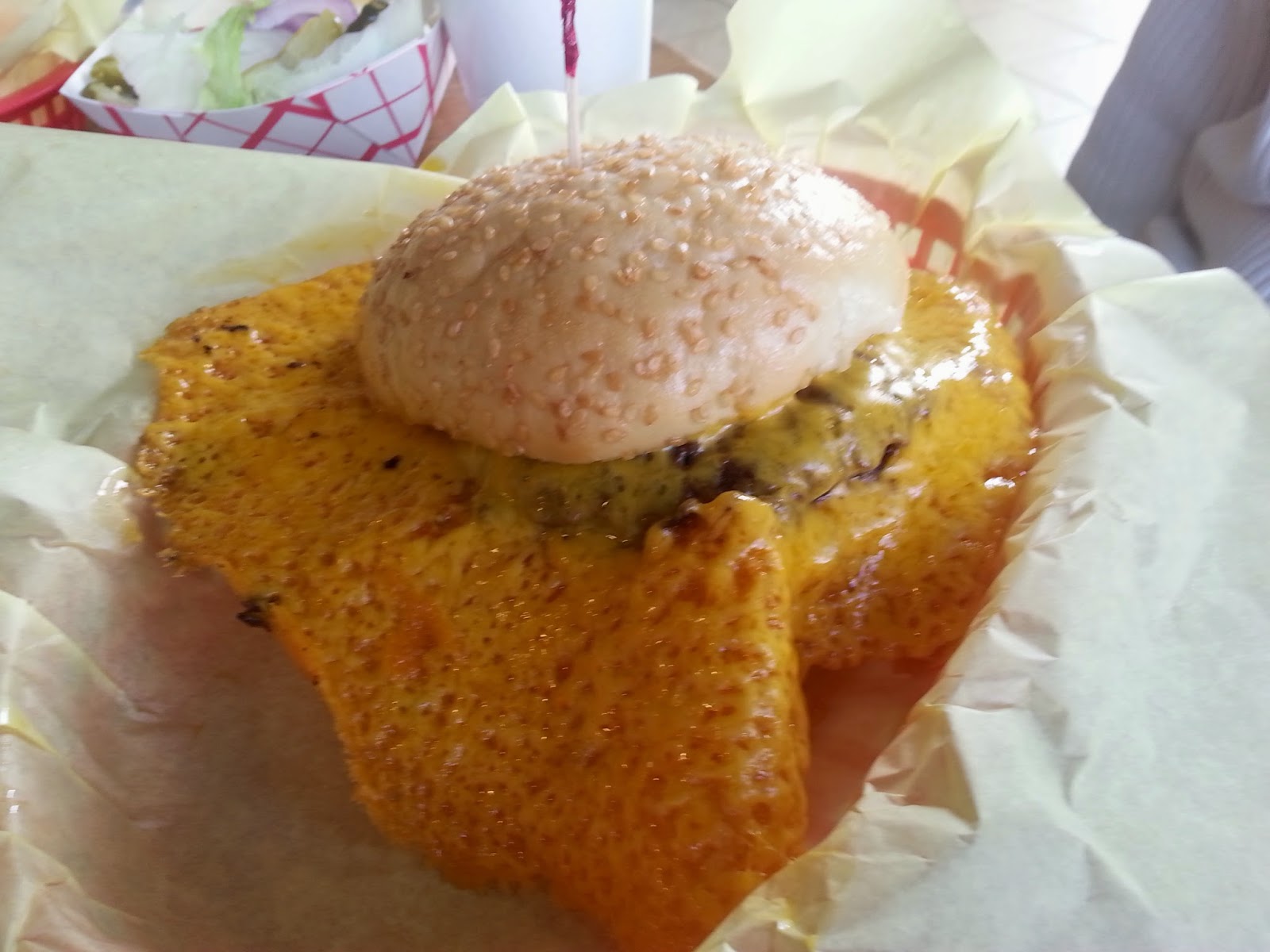 I always ask for the tomato, onions, lettuce, etc., on the side so that they don't mask the flavors of the melted cheese and grilled ground beef.  However - and it just may have been that the cook was having an off day - the burger itself didn't seem to be 1/3 of a pound and was way too well-done.  That said, the cheese skirt masked my disappointment in the meat.

Of course, we had to have a side of fries, which were adequate.  They could have been a tad more crispy... but they weren't bad. 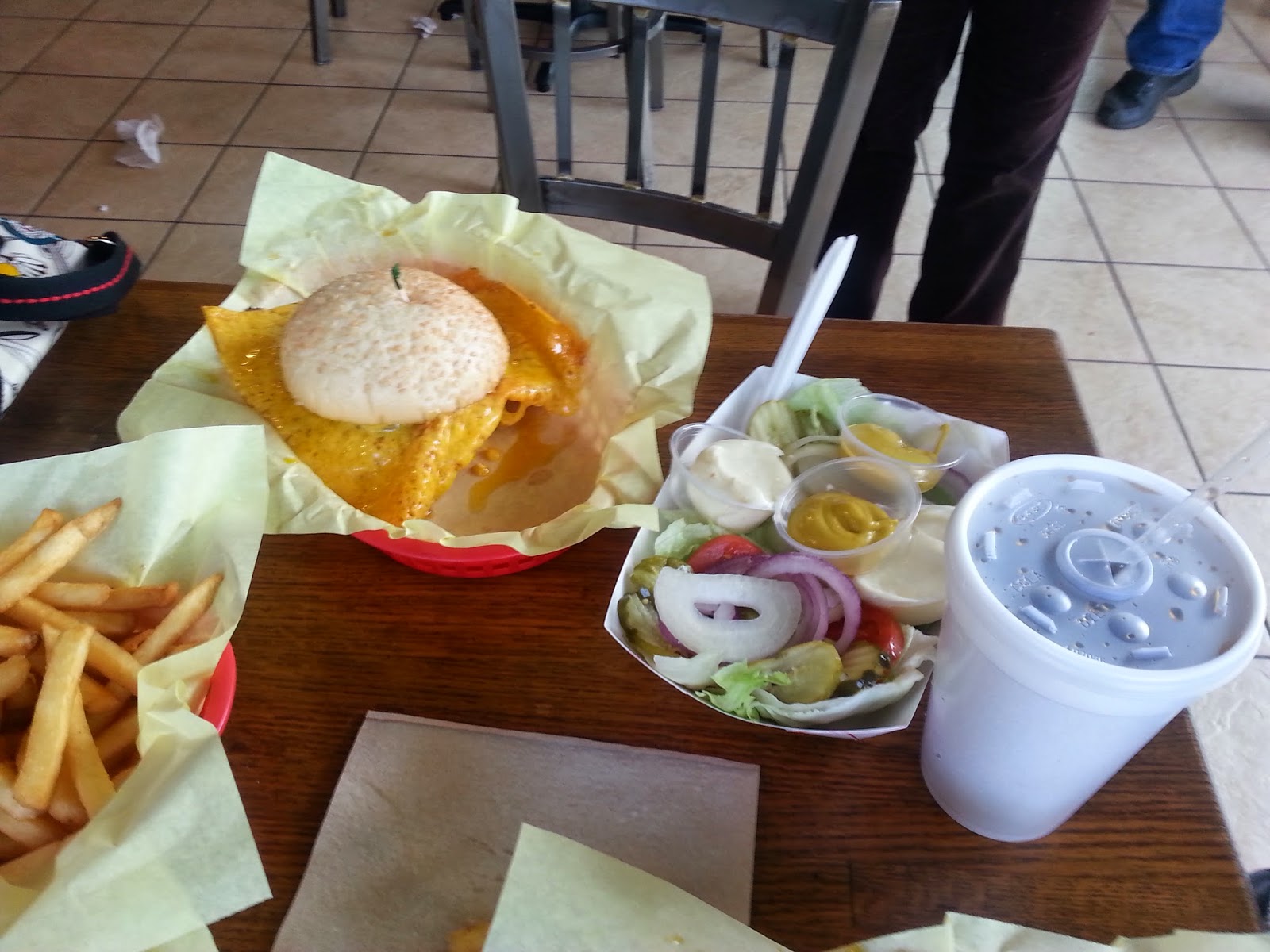 And, though I disagree with Guy Fieri that the Squeeze Inn is the best dive in Sacramento (I think I would have loved the "original" hole-in-the-wall better), I will give it another try.  It had me at cheese skirt.

THE NIVENS OF SAN LUIS OBISPO 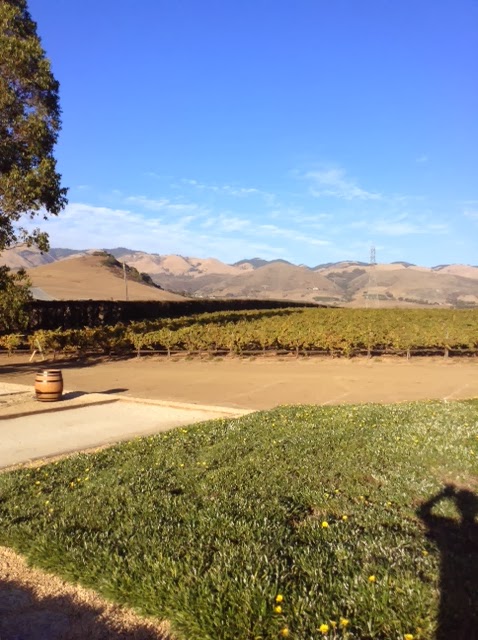 THE NIVENS OF SAN LUIS OBISPO

Love my sojourns with Richard to Arroyo Grande (affectionately referred to as AG) - not only do we get to have a fun sleepover with good friends, but we get to explore the beaches and countryside... including new wineries.

Our last trip to AG was no exception as we discovered the Niven Family Wine Estates (no relation to the wonderful actor David Niven - at least to my knowledge). Founded by Jack and Catharine Niven, the winery is managed today by multi-generations of Nivens who have farmed the vineyards with a commitment to the surrounding environment and have been certified SIP (Sustainability in Practice) which makes me feel I'm doing my part in helping the environment when I sip their wine.

The tasting room is in the Independence School House, an 850 square foot, one room school house, with 18 foot ceilings, built in 1909. 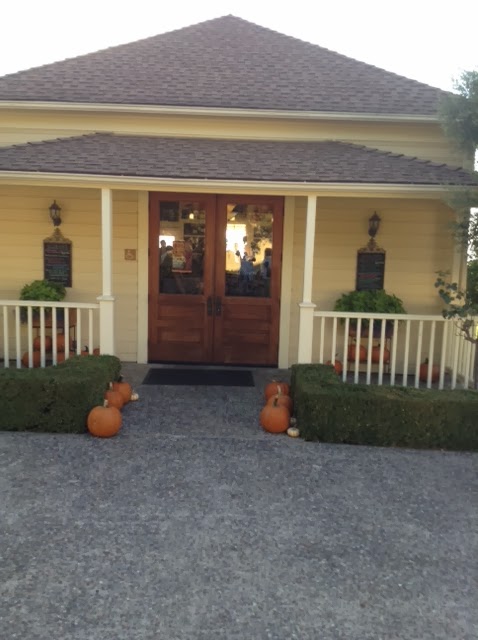 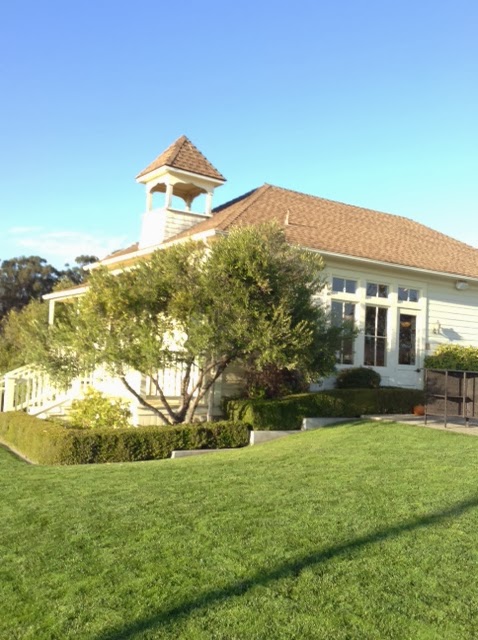 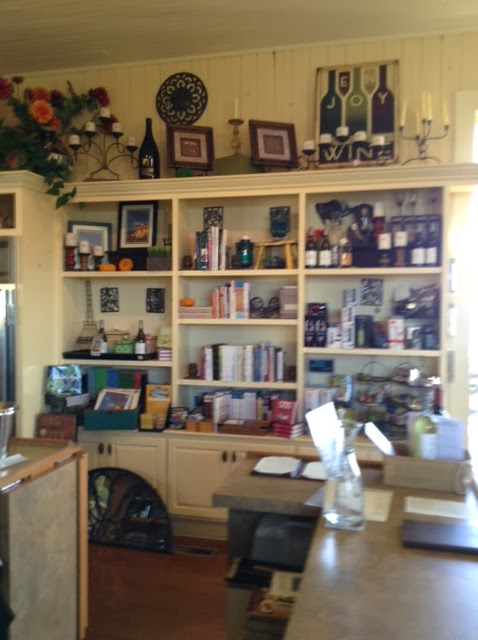 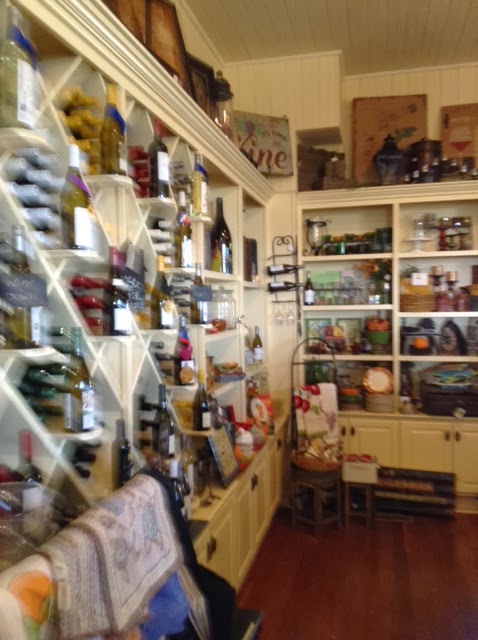 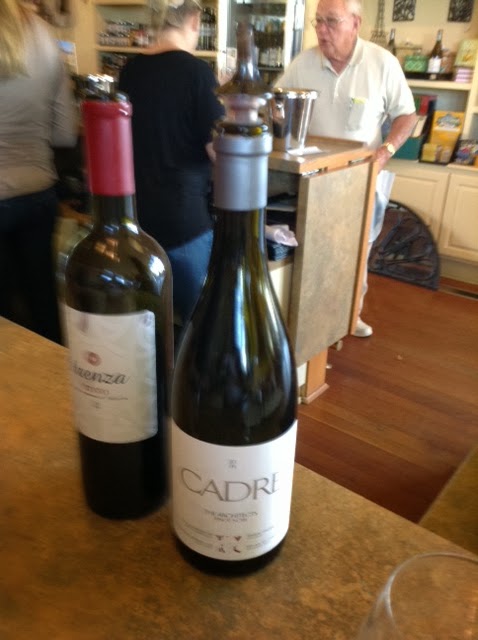 Garden tables and chairs are just outside the building for tasting under blue skies... 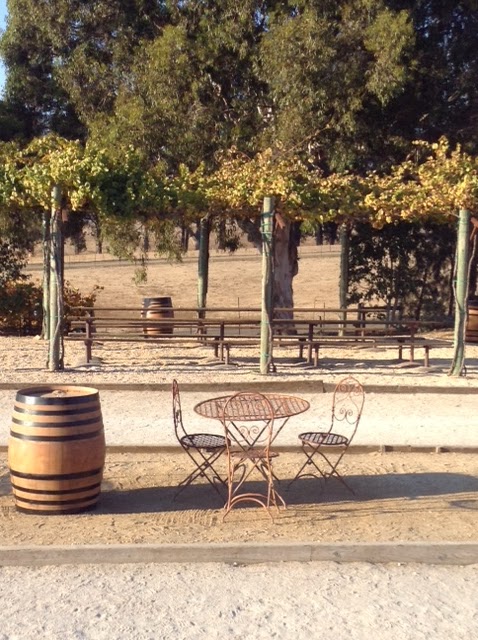 There are even lanes for a game or two of bocce... 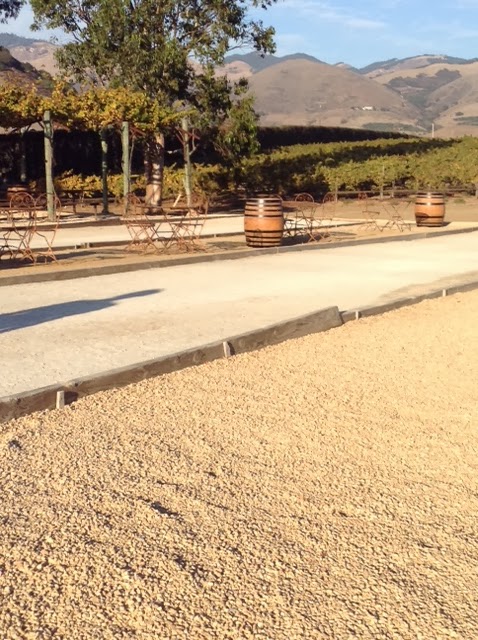 The 2011 tangent Grenache Blanc ($17.00) had a light melon-y taste w/ bits of caramel to balance the acidity.  This wine would go wonderfully with spicy Thai food.

Next was a 2010 Trenza Blanco - 64% grenache blanc/36% albarino ($20.00) - Trenza (Spanish for braid in case you're curious) is a winery which produces wines in the Spanish-inspired New World blends. The Albarino portion is citrus-y, while the grenache blanc is more full-bodied. I really liked it.

The 2012 Zocker Riesling is a new release ($18.00).  It was crisp and grapefruit-y with a taste of orange blossoms.  I'm not a big fan of wines w/ a grapefruit flavor, but if you are, this is a nice wine for the price.

Staying with whites, we moved onto 2012 Zocker Gruner Veltliner, also a new release ($20.00).  This wine also had hints of grapefruit with a lemon/orange finish.

Another new release was the 2012 tangent Albarino ($17.00), a wine that had notes of tangerine, ripe peach and grapefruit.  The winery recommends that this wine be paired with shellfish and I can see a glass standing beside a nice shrimp or lobster dish.

I enjoyed the 2010 Baileyana El Gordo Chardonnay ($30.00) - besides the obligatory tastes of fruit (melon and pears in this case), it also had a delish taste of vanilla and marshmallow.

Moving to the "reds," we started with a 2009 Trenza Tinto - 50% syrah Edna Valley/33% tempranillo, Arroyo Grande/17% grenache Paso Robles ($30.00) - I liked this wine with its hints of fruit, tobacco (giving it some 'husk'), maple syrup, a bit of black pepper and an aroma that reminded me of autumn leaves on Long Island where I grew up.

My favorite wine in the flight was the new release 2011 Baileyana Firepeak Syrah ($30.00) - yes, I could taste the plums and cloves, but the undertone of chocolate just made this smooth as velvet.

Last, but not least, was another new release, a 2010 Baileyana Port ($20.00) - full-bodied with plum, boysenberry and cherry notes coupled with hints of vanilla, spice and cinnamon, this is a nice port for the money.

Our tasting over, it was time to head out to dinner.  But if you're ever in San Lus Obispo or AG, drop in at the Niven Family tasting room, you won't be disappointed.

Check out the wine club online... it gives discounts.