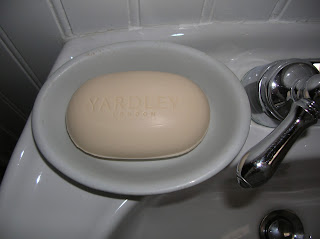 AN ODE TO YARDLEY
A Dollar Tree Appreciation

Not long ago a change happened in our ‘hood that made me soooo not happy. Mainly Seconds, my favorite “go-to” discount store closed its doors, replaced by yet another dollar store. I was so upset, I wanted to picket.

Gone were the terra cotta and pottery garden pots, small and large, from Mexico and Eastern Europe. Gone were the pretty, colorful flowering plants for $4.99 that I plopped into pots and scattered around my deck…not to mention the beautiful poinsettias that I would buy by the hundreds (well, my husband thought it was by the hundreds) at Christmas time at prices nobody in town could beat. Gone were the “seconds” china, bouquets of artificial flower, greeting cards, knick knacks, and wicker baskets. And, gone were the aisles of Christmas decorations put out every holiday season.

In its place are aisles of stuff you can find at the zillion dollar stores in the city and valley. Did we really need to have Mainly Seconds, a funky, eclectic store filled with treasures, replaced by a store that sells items that are a dime a dozen? These stores are multiplying faster than Starbucks.

So it was a huge surprise to me when I fell in love with our new dollar store, the Dollar Tree. 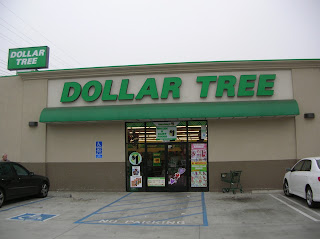 As I was tooling around the ‘hood doing errands with my husband a few days ago, he wanted to stop at Dollar Tree for something. I reluctantly joined him, resenting being there and resenting everything on display, no matter what it was. As I followed him up and down the aisles I caught the fragrance of a lovely, long ago scent that was mingling with the pungent odor of cheap deodorant soaps. Visions of my mother as a young thirty-something filled my head. As I explored the aisle for the odor’s origin, more and more youthful memories ran through my brain like a filmstrip…

Like a bloodhound, I found the source of those memories. There it was, piled proudly in a bin along with Irish Spring, Dial, Jergens and Palmolive: Yardley’s English Lavender Soap. 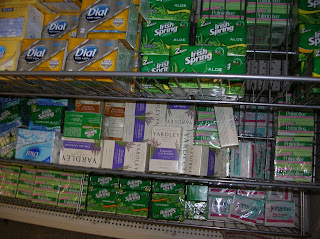 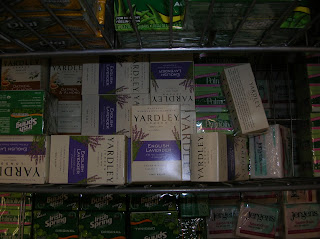 My mom’s soap! My mom’s scent! The scent I smelled every time I snuggled up to her for love and comfort.
For years and years my bath soap of choice has been tuberose from Neiman’s – a far cry from the Dollar Tree. I love the way the scent lingers in my bathroom after I’ve showered. But, as much as I love the tuberose perfume, it doesn’t wrap me up in my mother’s arms. It may have been decades since I bought a bar of Yardley’s lavender soap (heck, I didn’t even know they still made it), but I had to have it.

No more Neiman’s tuberose for me and my bathroom after a shower never smelled lovelier.

A wonderful flood of memories… certainly worth a dollar.

Thanks Dollar Tree.
Posted by ilona saari at 9:23 AM No comments: 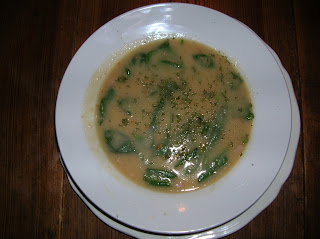 Well, I let my little fingers do the walking over to google for the answer.  First up:  they’re called navy beans because they were served on board naval ships.

OK, fine – but that’s just a tad too simple.  There had to be a better reason than that. So, my fingers did another walk over to google.  Second up: during the seafaring age in Europe, these little white beans could be grown on board ships and stored in casks for a long time without rotting or going rancid, so the European navies used these beans as a staple to feed its men on board.

OK, fine – that makes sense.  Fiber and protein for sailors… and it makes a helluva soup. 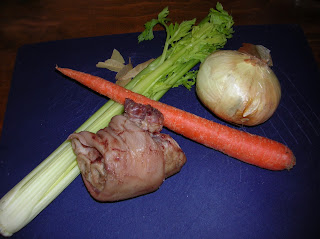 Prepare Beans according to the package. 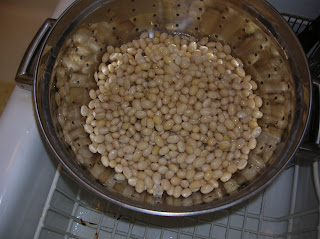 Richard used Cassoulets U*S*A beans: Rinse and pick over.  Pour boiling water over beans to cover by 2 inches.  Cover and leave for one hour. Rinse and drain.

In a large cooking pot, add the beans to 2 quarts of water, along with the ham hock, onions, bay leave, cloves, celery, and carrot.

Bring to a boil, cover, and simmer for about 2 hours or until beans are very tender and the soup begins to thicken. 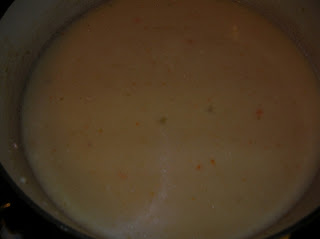 When cool, remove meat and cut into chunks.

Return cut up ham to soup.  Season with salt and pepper (Richard added spinach in these last minutes) and reheat to serve piping hot.